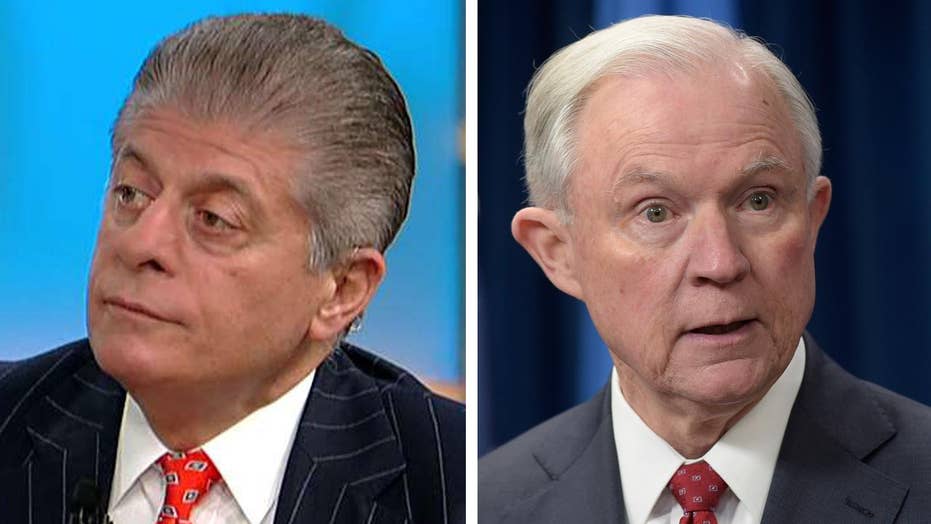 Napolitano: Jeff Sessions recusing himself was a mistake

The relationship between President Trump and his attorney general, Jeff Sessions, has become so frayed, Sessions recently suggested that he could resign from his post, multiple media reports said on Tuesday.

Trump reportedly turned down the offer. The reported offer was not a formal one, The Wall Street Journal reported.

Trump has been angry with Sessions-- one of his most vocal and earliest supporters-- ever since Sessions recused himself in March from the investigation into Russia's meddling in the 2016 presidential election and possible connections between Moscow and Trump campaign aides.

Charles Krauthammer, a contributor on Fox News, told “Special Report” that the last time Spicer said he did not speak to Trump about a member of his administration, then-FBI Director James Comey was fired days later.

“This is really bad,” Krauthammer said. He went on, “If you can’t absorb this one issue on which he disagrees and you have to get rid of him, no one is safe (in the White House).”

ABC News reported that the frustrations between Trump and Sessions is mutual. The Justice Department declined to comment for the ABC report. FoxNews.com could not immediately confirm reports.

The New York Times, citing unnamed sources, reported that Sessions told Trump that he needed more freedom to do his job successfully and he could resign if that was what Trump wanted.

A source told the paper the conversation occurred right before Trump’s overseas trip.

On Monday, Trump took to Twitter to publicly criticize the department's legal strategy in defending his proposed travel ban barring the entry of people from certain Muslim-majority countries.

"The Justice Dept. should have stayed with the original Travel Ban, not the watered down, politically correct version they submitted to S.C.," Trump tweeted Monday, ignoring the fact that he oversees the department and signed the second version of the ban.

"The Justice Dept. should ask for an expedited hearing of the watered down Travel Ban before the Supreme Court - & seek much tougher version!" he added.

Trump has denied any collusion with Russia, deriding the story as a "witch hunt" and "fake news" invented to explain away the Democrats' loss in November.

The New York Times reported Monday that Trump partially blames Sessions' decision to recuse himself from the investigation for the eventual appointment of a special counsel.