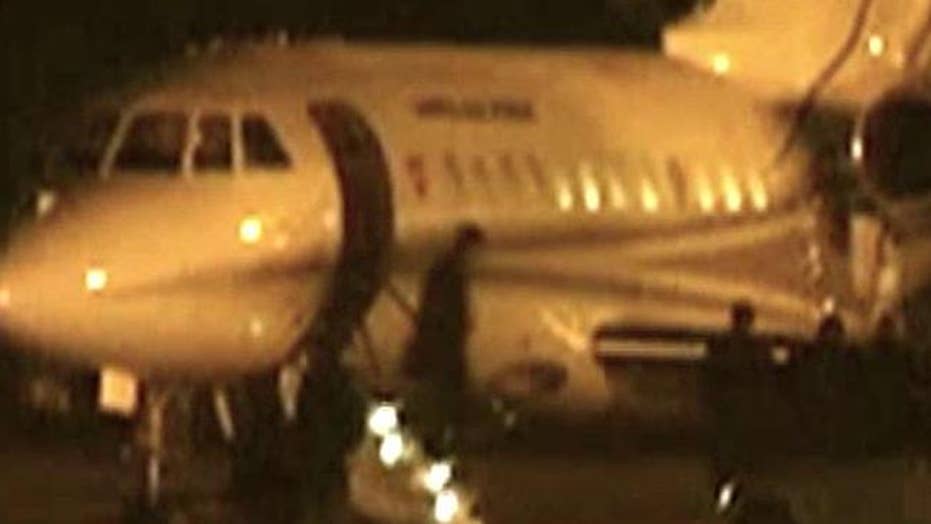 The U.S. government airlifted the equivalent of $400 million to Iran this past January, which occurred as four detained Americans were released by Tehran, the Wall Street Journal reported Tuesday.

The cash transfer was the first installment paid in a $1.7 billion settlement the Obama administration reached with Iran to resolve a failed 1979 arms deal dating from just before the Iranian Revolution.

State Department spokesman John Kirby denied the cash transfer was done to secure the release of the four Americans -- Washington Post reporter Jason Rezaian; Amir Hekmati, a former U.S. Marine; Christian pastor Saeed Abedini and Nosratollah Khosravi-Roodsari, whose case had not been publicized before the release.

"The negotiations over the [arms deal] settlement ... were completely separate from the discussions about returning our American citizens home," Kirby said in a statement. "Not only were the two negotiations separate, they were conducted by different teams on each side."

"The funds that were transferred to Iran were related solely to the settlement of a long-standing claim at the U.S.-Iran Claims Tribunal at The Hague," Kirby's statement concluded.

However, the Journal says U.S. officials acknowledge that Iranian negotiators on the prisoner exchange said they wanted the cash to show they had gained something tangible.

The Journal also reported that President Barack Obama did not disclose the $400 million cash payment when he announced Jan. 17 that the arms deal dispute had been resolved. The administration has not disclosed how the $1.7 billion was paid, except to say it was not paid in dollars.

The cash flown to Iran consisted of euros, Swiss francs, and other currencies because U.S. law forbids transacting American dollars with Iran.

Since the cash was airlifted, Iran's Revolutionary Guard has arrested two more Iranian-Americans. Tehran has also detained dual-nationals from France, Canada and the U.K. in recent months.