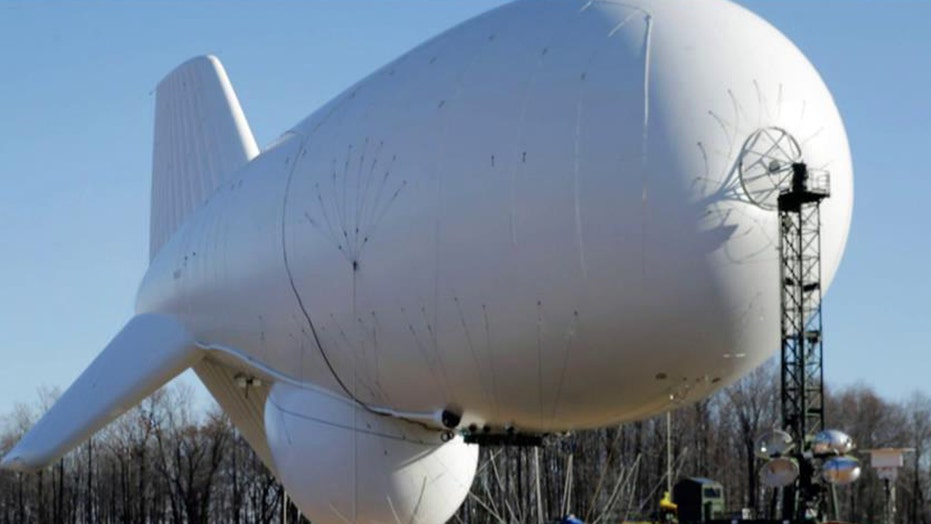 How did military blimp break loose?

Blimp that became untethered, caused power outages while drifting over Pa. now grounded. Rick Leventhal reports for 'On the Record.'

An Army blimp that broke loose in Maryland in October stayed airborne for hours because someone failed to put batteries in its automatic-deflation device, The Los Angeles Times reported Sunday.

The blimp was equipped with an automated device that should have caused it to deflate promptly and return to the ground within 2 miles, The Times reported Sunday.

But the device failed to activate because batteries had not been installed as a backup power source, the paper reported, citing as its source people familiar with the Pentagon investigation into the incident.

The paper said it confirmed the lapse with Michael Kucharek, a spokesman for the North American Aerospace Defense Command and the U.S. Northern Command.

He admitted that “the lack of batteries prevented the automatic rapid deflation device from deploying.”

Military officials declined to tell the Times who was at fault for not installing the batteries.

Investigators have determined that the blimp floated away after a chain of events that began when a pipe used to measure air pressure malfunctioned, the paper reported.

Cops finally brought down the wayward blimp in the Pennsylvania countryside with 100 shotgun blasts.

Click here for more from the Los Angeles Times.