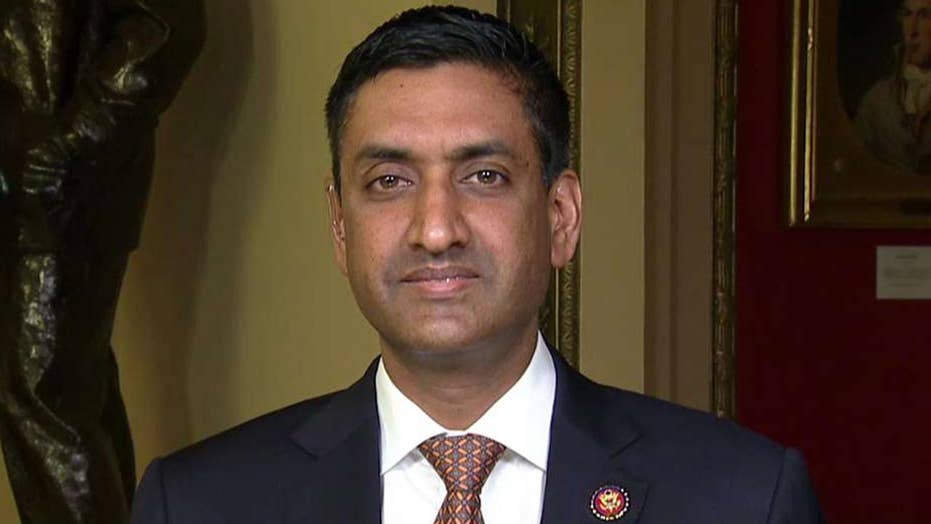 Rep. Khanna on Mueller report: Barr made "a huge strategic mistake," we need to hear from Mueller

He urged the special counsel to testify.

“I really think that’s what going to help bring closure to this,” Khanna said on “America’s Newsroom.”  "The Justice Department has said he can testify, we want him to testify. I think, frankly, he has more credibility than any of us in Congress, anyone in the media.”

President Trump tweeted Sunday that “Bob Mueller should not testify. No redos for the Dems!”

Nevertheless, the special counsel could potentially appear before the Senate as early as May 15, although no date has been set in stone.

Democrats continue to push for an unredacted version of the Mueller report, a partisan battle that came to a head on Wednesday when the House Judiciary Committee voted to hold Barr in contempt of Congress for defying a subpoena for the unredacted Russia report and underlying documents related to the investigation.

“We want Bill Barr’s cooperation to get what we’re entitled to,” Khanna said, even as Democratic committee members declined to see the unredacted version in private.

“Don McGhan made certain statements to the FBI but when he comes before the committee, we should have information about what he said in the past so he’s consistent,” Khanna said, defending Democrats' insistence on upholding their subpoena. “Also, there’s troves of evidence there in terms of Russian interference. I’m not saying that there’s evidence of collusion, I’m saying there’s evidence of interference... It would be helpful for us to see what kinds of interference took place. So there are legitimate purposes for Congress to see that information.”

President Trump asserted executive privilege to protect the redacted information in the special counsel’s report and its underlying evidence and prevent it from being released to Congress on Wednesday, a decision that drew fierce criticism from congressional leaders.

"We cannot have a government where all the information is in the executive branch — where the American people and the Congress are stonewalled as to information that they need to make decisions and to know what's going on," House Judiciary Chairman Jerrold Nadler, D-N.Y. said Wednesday.

“I do want to make sure that when people like Don McGhan and others are testifying we know what they told Bob Mueller and the FBI agents,” Khanna said.

When pressed on impeachment, Khanna said “We’re not there yet. What I want to see is Bob Mueller to testify, to tell his story, and then let the American people make a decision. I think that’s what’s most important.”