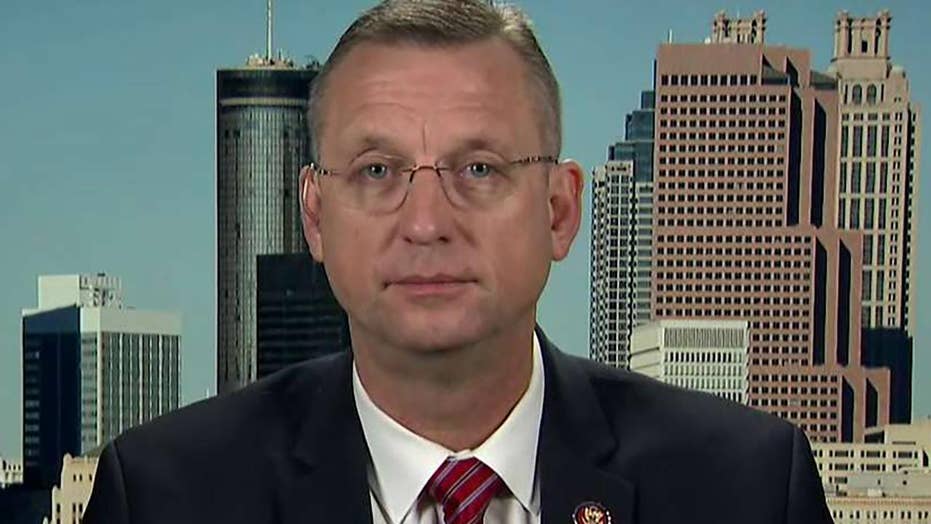 Rep. Doug Collins, R-Ga., who has been one of President Trump's staunchest defenders through the impeachment process, is expected to announce that he will run for U.S. Senate.

Collins, as reported Monday by the Atlanta Journal-Constitution and Politico, will attempt to oust current GOP Sen. Kelly Loeffler, who was appointed to her seat last year by Georgia Gov. Brian Kemp. The conservative Collins, the top Republican on the House Judiciary Committee, was Trump’s preferred choice for the appointment. Trump supporters had criticized Loeffler as too moderate.

Loeffler, a wealthy co-owner of the Atlanta Dream, a WNBA franchise, has said she would spend $20 million to retain her seat. But she will likely face a tough battle against the popular Collins.

Collins' run does complicate things for Republicans as they try to hold the seat vacated by retired Sen. Johnny Isakson, R-Ga. — the special election to be held in November will feature all candidates from all parties, with a runoff in January if nobody secures a majority.

A split Republican vote increases the chances of a runoff. With a close battle for the majority in the Senate, that runoff could decide control of the 100-member body.

Loeffler has enthusiastically backed Trump since getting into office, potentially in an effort to assuage concerns among Republicans she is too moderate.

"After 2 weeks, it’s clear that Democrats have no case for impeachment," she tweeted Monday. "Sadly, my colleague @SenatorRomney wants to appease the left by calling witnesses who will slander the @realDonaldTrump during their 15 minutes of fame. The circus is over. It’s time to move on!"

Two Democrats have announced they will seek to oust Loeffler, and a third, Rev. Raphael Warnock, who pastors the Atlanta church once led by Martin Luther King Jr., may also enter the race.