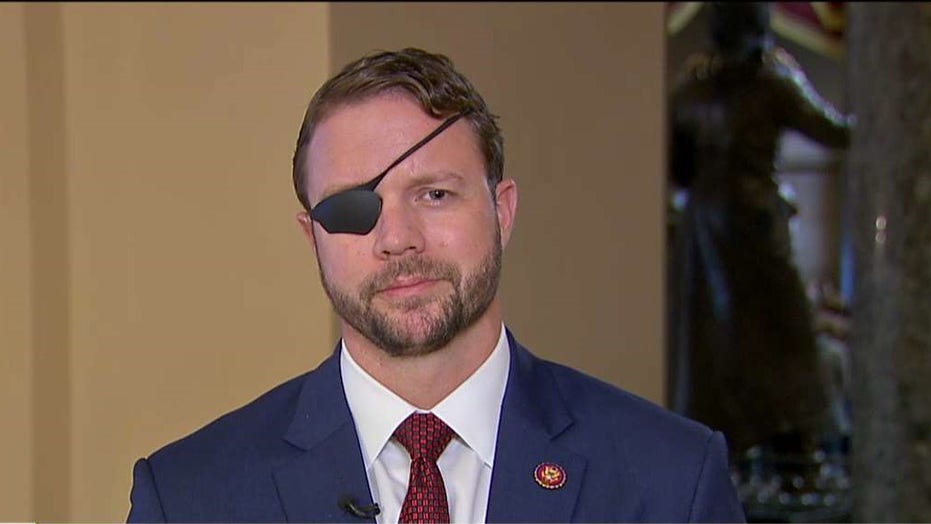 As conservatives gathered in Maryland on Wednesday for the start of the annual CPAC conference, Rep. Dan Crenshaw, R-Texas, posted a video touching on the theme of this year's event: "America vs. Socialism."

"Socialism doesn't work because it removes human incentive," Crenshaw argues in the post.

The first-term congressman, 35, further defends capitalism, arguing that socialism forces people to work, takes their wages and infringes on their freedoms -- while its proponents claim those things are done "for the sake of the commune."

CPAC AIMS TO TURN TABLES ON DEMOCRATS AFTER IMPEACHMENT SAGA

He also says that's why former President Ronald Reagan fought against the Soviet Union, "to end the scourge to socialism," according to the video.

The prospect of socialism has become an issue in the 2020 presidential election primarily through Sen. Bernie Sanders, an independent from Vermont who is seeking the Democratic Party's nomination. Sanders describes himself as a democratic socialist, one who supports a combination of democracy and socialism, with the goal of broadening economic benefits throughout society.

But many conservatives argue that Sanders' philosophy amounts to "wealth redistribution," with assets taken away from those who've earned them and given to those who haven't.

Crenshaw, who previously served as a Navy SEAL and lost his right eye while serving in Afghanistan when an improvised explosive device (IED) detonated near him, was among the speakers scheduled to address CPAC (Conservative Political Action Conference) on Wednesday.

The event in Fort Washington, Md., just outside the nation's capital, is scheduled to conclude Saturday, when President Trump is expected to address the gathering.