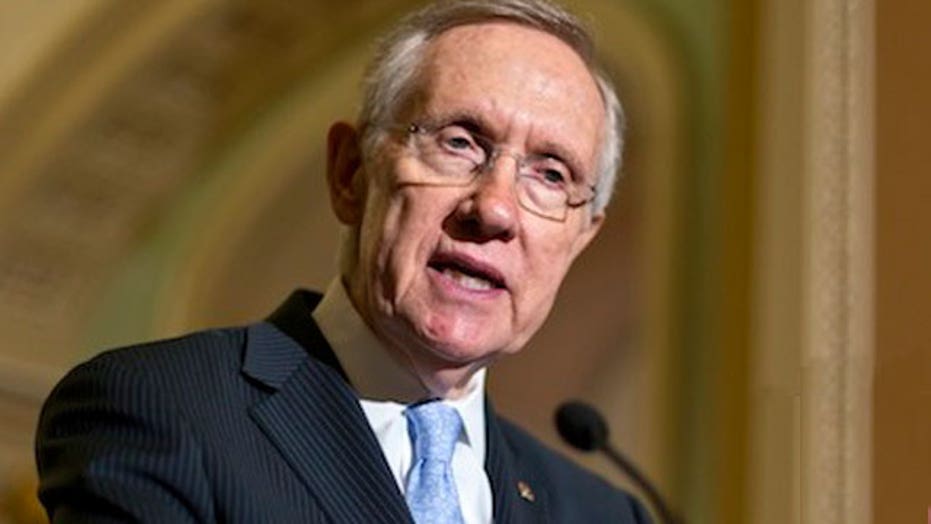 Doctors expect him to make a full recovery

In a statement issued Friday, Reid's office said the 75-year-old senator was hospitalized overnight at University Medical Center in Las Vegas as a precaution and was released on Friday. His security detail had initially taken Reid to St. Rose Dominican Hospital near his home in Henderson, Nevada.

The accident happened when an elastic exercise band broke, striking Reid in the face and causing him to fall, said spokesman Adam Jentleson. Reid struck some equipment as he fell, breaking multiple bones near his right eye.

As he hit the floor, he broke several ribs, Jentleson said.

Tests found no internal bleeding, Jentleson said, and his vision should not be affected.

"Senator Reid will return to Washington this weekend and be in the office Tuesday as the Senate prepares to reconvene," his office said. "His doctors expect a full recovery."

Jentleson said Reid is likely to have severe facial bruises.

Reid, majority leader since 2007, will hand over the top job in the Senate next week to Republican Mitch McConnell of Kentucky after Democrats lost their majority in November's midterm elections. Reid faces a potentially tough re-election campaign in 2016.

In May 2011, Reid dislocated a shoulder and suffered a contusion above his left eye when he slipped after an early morning run in the rain. He fell when he leaned against a parked car.

In October 2012, Reid suffered rib and hip contusions in a chain-reaction car crash.

Reid has run marathons and was a boxer as a young man.