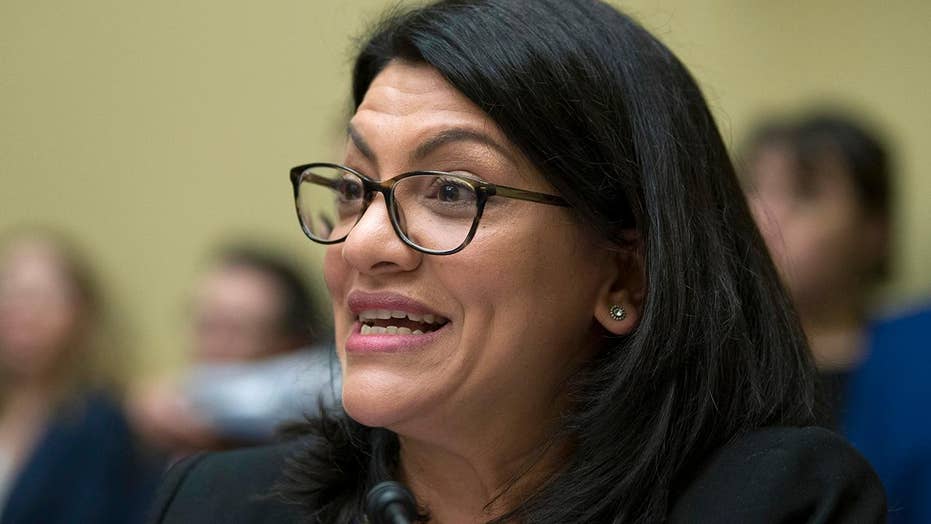 One of America’s oldest Jewish organizations called Wednesday for U.S. Rep. Rashida Tlaib, D-Mich., to be removed from congressional committees and from the Democratic Party.

In an editorial posted on its website, the Zionist Organization of America, which dates to 1897, pointed to what it described as Tlaib’s “anti-Israel record,” and accused the freshman congresswoman of associating with “terrorists, anti-Semites and conspiracy theorists.”

“Rashida Tlaib’s anti-Israel record was already well-known before she was elected in last year’s midterm elections,” the ZOA article asserts. “She calls Israel a ‘racist country’ on the basis of the lie that Israel discriminates against those ‘darker skinned,’ supports the destruction of Israel in favor of an Arab-dominated state (“It has to be one state”), ‘absolutely’ backs withholding U.S. aid from Israel, and openly supports the Boycott, Divestment, and Sanctions (BDS) movement, which is committed to international ostracism and weakening of Israel with a view to its eventual elimination.”

The ZOA supports its assertions with links to news stories that quote the 42-year-old Palestinian-American lawmaker from Detroit.

The same article includes a list of people with whom Tlaib has been photographed, or about whom Tlaib has posted social media messages, and includes information about their alleged links to bombings or other crimes.

“It is perfectly clear that Rashida Tlaib is not in the smallest degree ashamed, and has not the slightest inhibition about, being publicly being associated with these anti-Semites, terrorists and glorifiers of Jew-murderers," ZOA National President Morton A. Klein and Chairman Mark Levenson said in a joint statement.

“The Democratic Party must do the only honorable thing," they continued, "which is to expel her from the party and remove her from Congressional committees."

Since taking office in January, Tlaib has been a lightning rod for criticism from Republicans as well as from members of her own party.

She quickly drew national attention just hours after being sworn in, when she used a profanity in calling for the impeachment of President Trump.

“We’re gonna go in there and we’re gonna impeach the motherf---er,'” she told a crowd of supporters, referring to Trump.

In March, Tlaib denounced anti-Semitism in an interview with the Detroit News.

"I’m always pushing back against it," Tlaib said of anti-Semitism. "But this is going to continue happening because I’m Palestinian."

She claimed that an important distinction needed to be made between anti-Semitism and her criticisms of the policies of Israeli Prime Minister Benjamin Netanyahu.

"When I criticize Netanyahu’s discrimination, inequality, human rights violations, saying you have to do better and we have to look at real equality and even desegregating certain communities," Tlaib told the News, "that, to me, does not make me charging toward the Jewish faith at all. And I'm very conscientious of that."

In April, Tlaib quickly came to the defense of another progressive Democrat, Rep. Ilhan Omar of Minnesota, after Omar referred to the terror attacks of Sept. 11, 2001, as “some people did something.”

Tlaib claimed that critics had taken Omar’s words out of context.

“My sister Ilhan Omar, what she was talking about, was uplifting people by supporting their civil liberties and civil rights,” Tlaib said in a television interview. “She has always, always condemned any strategy, especially of a person directly impacted by being a refugee herself.”

More recently, Tlaib asked her supporters last week to join her in a hunger strike in protest of Immigration and Customs Enforcement (ICE), arguing that the federal agency that enforces U.S. immigration laws should be shut down.