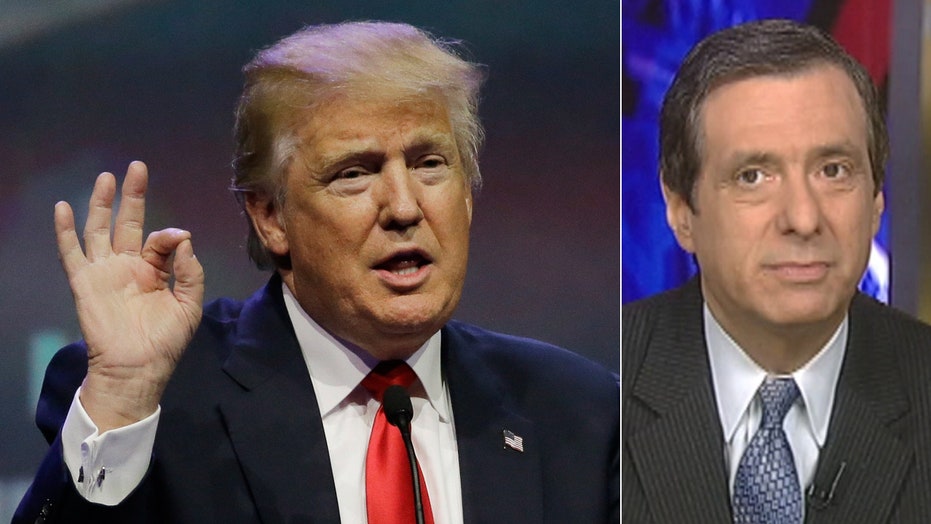 Donald Trump faces a huuuge disadvantage in money and manpower heading into the fall election.

That’s the message the media are sending with a spate of articles about the obstacles facing the Republican nominee.

But what if the assembled media and political experts are once again wrong?

Just throwing it out there.

On the surface, it seems apparent that if Trump has trouble raising a billion dollars, does battle with a much smaller staff and has little turnout operation, he’s ceding some crucial advantages to Hillary Clinton.

But so far, at least, the usual rules haven’t applied to this billionaire outsider.

I’ve long believed that the media grow too enamored of candidates who raise big bucks. This was true when Phil Gramm spent a small fortune to win one delegate, and when Howard Dean was on a fundraising tear before he lost Iowa. And it was true in spades of Jeb Bush, whose $100-billion Super PAC haul boosted the media’s confidence in him long after it was clear that Trump would drive him from the race.

Ted Cruz had a better field operation, which was evident in Iowa and other caucus states, and also in states where he lost to Trump and yet netted additional delegates. But Cruz quit after a string of losses ending in Indiana.

Ah, the pundits say, but it’s different in a general election, when you’re fighting on a far bigger battlefield and ground troops are critical. And maybe they’re right.

Here, for example, is what Politico is reporting:

“At the outset of the general election, Hillary Clinton’s campaign looks like a well-oiled juggernaut next to Donald Trump’s vastly smaller, mostly self-funded operation.”

Through the end of April, Trump’s staff of 70 was about one-tenth the size of Clinton’s 732 employees. He had spent just $57 million, dwarfed by her $182 million. She was even spending more than three times as much on office space.

The New York Times says Trump may not have a very deep well to draw on:

“A powerful array of the Republican Party’s largest financial backers remains deeply resistant to Donald J. Trump’s presidential candidacy, forming a wall of opposition that could make it exceedingly difficult for him to meet his goal of raising $1 billion before the November election.”

The paper checked in with more than 50 of the GOP’s biggest donors and found “a measure of contempt and distrust toward their own party’s nominee that is unheard of in modern presidential politics.”

Which doesn’t shock me, since Trump spent ample time attacking them as special-interest moguls who were pulling the strings of his rivals.

The Wall Street Journal says Trump has zero staff in the pivotal state of Ohio. And John Kasich’s people aren’t helping, according to this killer quote from former senior strategist John Weaver: “The very things that attracted them to John are the things that would keep them from working for Trump. Plus, they would be shot.”

Trump recently said that to finance a billion-dollar fall campaign, “I would have to sell a building” or something like that. But that might make other rich guys wonder why they have to open their wallets for him.

Campaign manager Corey Lewandowski dismissed these various reports as media hype. He said on “Justice with Judge Jeanine” that “we’re small, we’re tight-knit, we’re working very well together and we’re going to continue to grow and bring more people in. But you also have to look at the mindset, and what we can accomplish with a small group is the mindset that our government needs.”

Meaning they’ll be lean and mean, while Hillary’s expensive campaign juggernaut shows that she’ll be a big-spending president.

Much of the small fortunes that presidential candidates raise is devoted to the air wars. But has there been a campaign in the television era where ads mattered less? Trump is a master of driving the news cycle—as television milks his candidacy for ratings—and spent remarkably little on commercials. But he’s here and Jeb is back in Florida.

“He basically makes the television media cover him just about every day by offering some new controversy or revelation; he’s mastered the art of attaching himself to breaking news,” writes National Review’s Jim Geraghty. “A plane disappears, he asserts that it’s terrorism, and then a good chunk of the coverage is, ‘is this premature, did he jump the gun’, etc.”

Joe Trippi made a similar point on “Media Buzz,” saying Trump either creates the news cycle or inserts himself into the cycle. Clinton is rarely able to do that, and her cautious interviews are not only far fewer in number, they rarely generate major headlines.

But then there is the ground game. Trump has dismissed the data-driven technologies widely credited with helping President Obama in 2012, though it also may be that he simply can’t afford them.

Still, a general election is ultimately about identifying and turning out your supporters. It may be that Trump is ceding a few percentage points to Hillary, especially in swing states, if he can’t effectively compete on that front.

Or, just maybe, Trump turns out to be riding a wave that swamps all these usual journalistic assumptions.