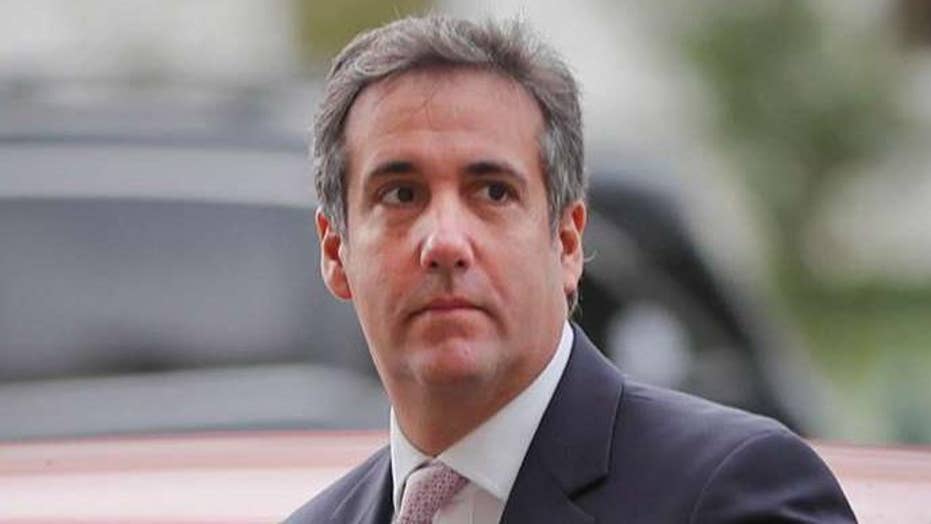 The feds have 12 audio recordings from Michael Cohen

In a one-page document filed Monday, Special Master Barbara Jones said that prosecutors had received the "audio items" on Friday after prosecutors and Cohen's attorneys withdrew the recordings' "privileged" designation.

On the same day that the recordings were given to prosecutors, The New York Times reported that Cohen recorded himself and President Trump discussing a potential payment to former Playboy model Karen McDougal, who claimed she had an affair with Trump in 2006. Details of the tape have been confirmed by Fox News.

It was not immediately clear whether the recording between Trump and Cohen was one of the 12 turned over to federal prosecutors.

Cohen, Trump's former personal attorney, is under investigation over his alleged practice of paying women to stay silent about claims they had sexual relations with the married Trump.

The investigation into Cohen by federal prosecutors in New York is separate from an ongoing inquiry by Special Counsel Robert Mueller into potential coordination between the Trump campaign and Russia.

A source with knowledge of the Cohen investigation told Fox News that no payment was ever made to McDougal. However, the conversation between Trump and Cohen was recorded weeks after The National Enquirer's parent company reached a $150,000 deal to pay McDougal for her story of a 2006 affair, which it never published.

The company's payment effectively silenced McDougal through the election, though days beforehand news of the deal emerged in The Wall Street Journal. At the time, a Trump spokeswoman said his campaign had "no knowledge of any of this."

The Enquirer's payment to McDougal gave the tabloid the exclusive rights to any story she might ever wish to tell about having an affair with a married man.

She later publicly alleged that The Enquirer had tricked her into accepting the deal and had threatened to ruin her if she broke it. After she sued the tabloid seeking to invalidate the contract in March, the Enquirer agreed to allow her to tell her story.

On Saturday, Trump tweeted that it was "inconceivable that a lawyer would tape a client - totally unheard of & perhaps illegal.

"The good news," he added, "is that your favorite President did nothing wrong!"