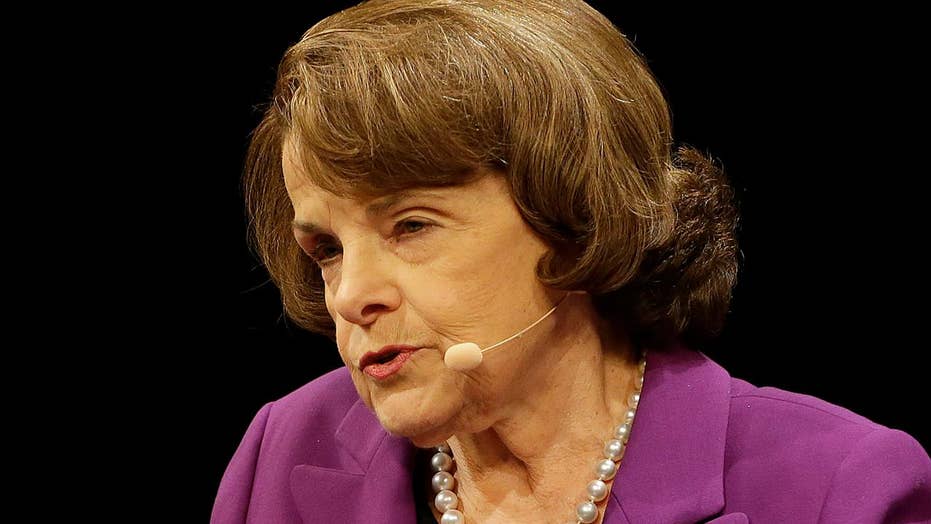 Feinstein stuns SF crowd: Trump 'can be a good president'

Sen. Dianne Feinstein’s solid stature on Capitol Hill and in California Democratic politics may be in peril, with progressives purportedly frustrated enough about her views on President Trump, DACA and single-payer health care to possibly mount a 2018 challenge for her Senate seat.

Feinstein most recently upset progressives on Tuesday, the day the Trump administration announced the dismantling of DACA, or Deferred Action for Childhood Arrivals, the Obama-era executive order that protects young illegal immigrants from deportation.

The 84-year-old senator said she supports DACA but acknowledged the administration’s argument that the order is on shaky legal ground, amid legal threats from Republican states' attorneys general, and should be codified by Congress.

“We need to pass a law, and we should do it," Feinstein told MSNBC.

Her analysis came several days after being criticized at a town hall meeting in San Francisco for expressing optimism about Trump becoming "a good president.” The remark resulted in so much Democratic backlash that she issued a clarification about being “under no illusion” about Trump.

Feinstein, the top Democrat on the Senate Judiciary Committee, was elected to the Senate in 1992.

However, Boxer’s retirement allowed former state Attorney General Kamal Harris last year to win that Senate seat. Brown leaves in January after a fourth-and-final term. And Feinstein has yet to say whether she’ll seek re-election next year.

If victorious, Feinstein would be 91 at the end of that six-year term.

Feinstein has continuously expressed reservations about the so-called single-payer health care plan championed by many progressives, including Vermont Independent Sen. Bernie Sanders, a 2016 Democratic presidential candidate and a potential 2020 challenger.

California state Democratic lawmakers this summer split on such a plan, which would create a universal health care system for residents.

Courtni Pugh, de León’s political director, has tried to tamp down speculation about him possibly making a run for Feinstein's seat amid a purported groundswell of grassroots

“Senator de León has his head down and is focused on California’s Legislative business,’’ she told Politico.