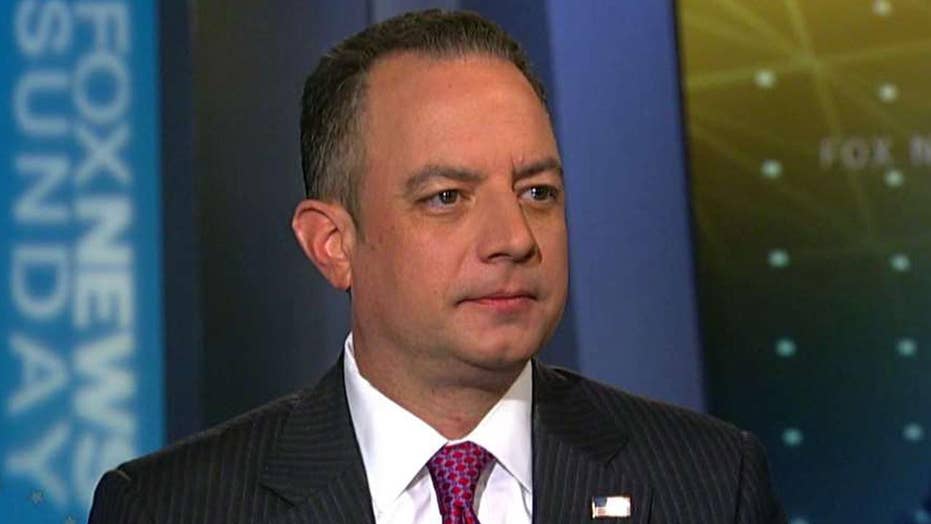 Reince Priebus breaks down Trump's trip to the G-20 summit

“That’s not true,” Priebus told “Fox News Sunday.” “The president absolutely did not believe the denial of the Russian president.”

Trump and Putin on Friday met face-to-face for the first time, at the G-20 summit in Hamburg, Germany.

Trump critics, convinced that his presidential campaign colluded with Russia during the 2016 presidential election, argue the president didn’t press Putin hard enough on the issue.

Russia’s Foreign Minister, Sergey Lavrov, said hours after the meeting that Trump had “accepted” Putin’s assurances that Moscow was not behind the meddling.

Priebus said that Trump “twice, maybe even three times” pressed Putin on the issue before having to move ahead to other pressing issues.

He also pushed back on a New York Times story posted Saturday afternoon about a June 2016 meeting, before Trump won the GOP nomination, between a Russian lawyer and Trump, Jared Kushner and political adviser Paul Manafort.

Priebus said Sunday that he didn’t know much about the meeting, except that it was about a Russia-U.S. child adoption program and that Kushner had disclosed it in an amended document.

“It was a nothing meeting,” said Priebus, who suggested the story is part of a larger opposition-research effort by Trump critics. “I don't know much about it other than it seems to be on the end of the Trump individuals a big nothing burger. But it may spin out of control for the” Democratic National Committee.

On the Russia issue, Priebus also said Trump, as he has said before, believes Russia likely meddled in the 2016 races.

“He’s addressed this issue many times,” he said. “Yes, he believes that Russia probably committed all of the acts that we’ve been told of,” but also thinks that other countries were involved, as they have been for years.