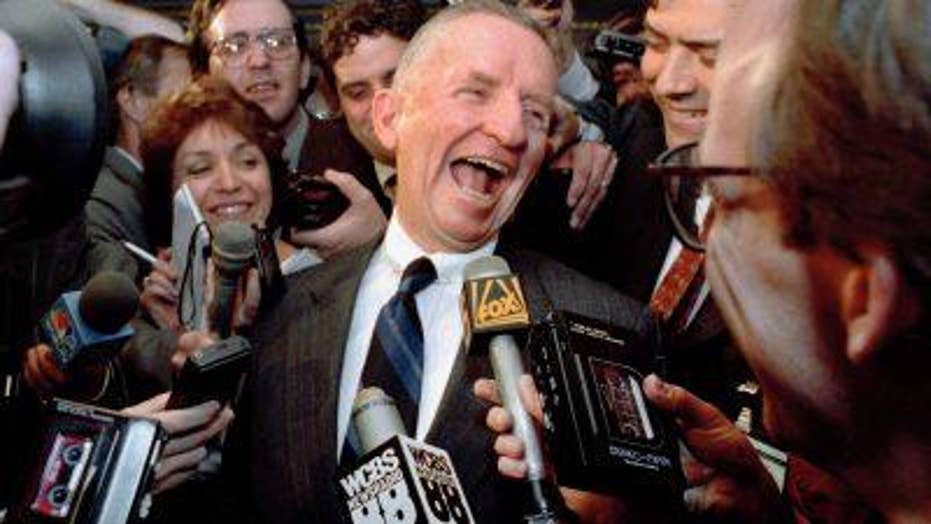 Billionaire businessman and 1992 independent presidential candidate Ross Perot may have been President Trump's predecessor in terms of offering a populist, anti-establishment message to voters, according to a presidential historian.

Perot, who died Tuesday at age 89, also was not the spoiler in the election that figures in the George H.W. Bush re-election campaign made him out to be, Craig Shirley claimed on "The Ingraham Angle."

"There's always been a populist strain in American politics," Shirley said, calling Perot "prescient" regarding comments he made about NAFTA.

In those remarks in the early 1990s, Perot famously claimed the trade agreement would result in a "giant sucking sound" as jobs left the U.S.

"You implement NAFTA, the Mexican trade agreement, where they pay people a dollar an hour and you're going to hear a giant sucking sound of jobs being pulled out of this country," the Texarkana, Texas native said.

BILLIONAIRE ROSS PEROT, WHO RAN TWICE FOR PRESIDENT, DEAD AT 89

"The core problem that faces everybody in manufacturing, it's that agreement that's about to be put into practice."

In another clip played by host Laura Ingraham, Perot said America, "cannot be the policeman of the world any longer."

"We spend $300 billion a year defending the world. Germany and Japan spent around $30 billion apiece."

In his interview, Shirley added Bush's loss to then-Arkansas Gov. Bill Clinton was not because Perot entered the race and took part in the debates.

"Bush lost the election because he gave up the ghost on the Reagan revolution," he said, adding a late Republican pollster once told him the Perot vote appeared to come, "proportionally from Bush and Clinton -- Clinton still would have won [without Perot]."

He said there were voters in both parties who did not want to vote for either major party candidate, calling claims of Perot playing spoiler "a myth."

Ingraham noted how Trump was able to ride to victory in 2016 largely on a similarly populist and anti-establishment message.

Perot, who won 19 percent of the vote, died early Tuesday at his home in Dallas surrounded by his family, family spokesman James Fuller said. The native-born Texan, who made his billions by founding Electronic Data Systems Corp., was seen by admirers as a patriot who served his country well before his two failed bids for the White House. In 1979, he financed a private commando raid to free two EDS employees being held in a prison in Iran. He was also a tireless advocate for Vietnam veterans.

In 1992, Perot spent more than $60 million of his own money to run against the incumbent Bush and challenger Clinton, promising to bring his business acumen to the nation's finances. He pulled the largest percentage of votes for a third-party candidate since former President Theodore Roosevelt's 1912 bid.

Perot's second campaign four years later fizzled, as he gathered just 8 percent of the vote, and the Reform Party that he founded and hoped to build into a national political force began to fall apart.