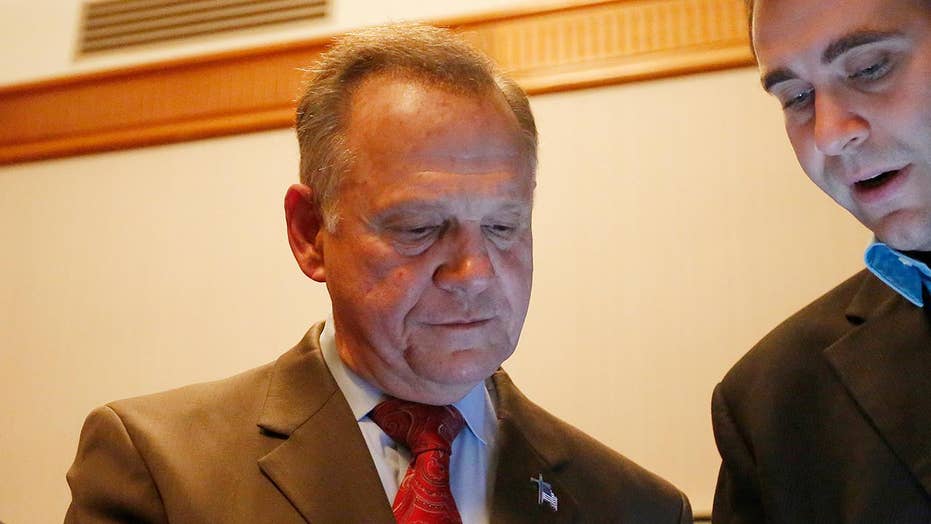 Moore refuses to accept a loss in the Alabama Senate race

The campaign is clinging to hope that when military ballots are counted the difference will shrink; Peter Doocy explains on 'Special Report.'

President Trump on Friday called on Roy Moore to throw in the towel in the Alabama Senate race he lost to Democrat Doug Jones on Tuesday following a bruising campaign.

"I think he should [concede]," Trump told reporters at the White House. "I want to support the person running. We need the seat. We'd like to have the seat."

Trump backed the controversial Moore, who was dogged by allegations he made sexual advances on girls as young as 14 in the late 1970s, when he was a local prosecutor. But Trump had opposed Moore in a primary race aganst Luther Strange, and said after the election he knew all along Moore could not win.

The Alabama election was held to finish the unexpired term of Jeff Sessions, Trump's attorney general.

On election night, Moore said he expected the race to go to a recount. But he lost by 20,715 votes, which was a full percengtage point over the the 0.5 percent threshhold under which a recount would be automatic.

“We have not received the final count to include military and provisional ballots,” Moore said. “This has been a very close race, and we are awaiting certification by the secretary of state.”

Alabama Secretary of State John Merrill has said that the election will be certified Dec. 28.