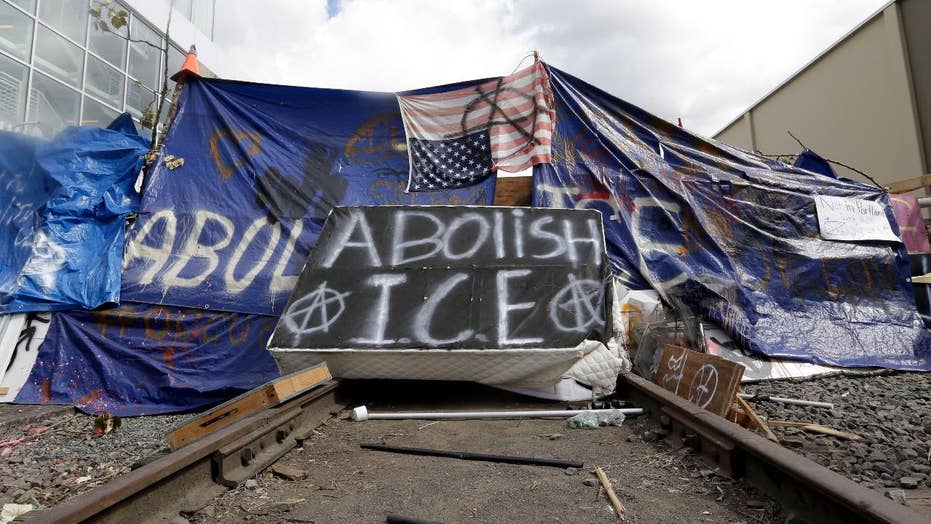 During the protesters' month-long occupation of ICE facilities, Portland Mayor Ted Wheeler announced his support for them and refused to have police intervene. Now, the National ICE council has sent a cease-and-desist letter demanding that their right to police protection be preserved. #Tucker

Anarchists in Portland, Oregon, flooded the office of a local lawyer representing officers of the federal Immigration and Customs Enforcement (ICE) agency in an effort to intimidate him.

The city has long been the epicenter of the so-called “Occupy ICE” movement and other anarchist activities, culminating last year in a clash between ICE officers and the protesters who then managed to shut down an ICE facility.

A mob of anarchists continued their reign in the city last weekend, pushing a garden hose through the mail slot at the law office of Sean Riddell and flooding the building’s floor and basement, Willamette Week reported.

The water was not discovered until days later, resulting in damage to the property, including its wooden floors, carpet and the ceiling in the basement. The lawyer said the act of vandalism will cost him thousands of dollars to repair, though the cost is likely to be covered by insurance. 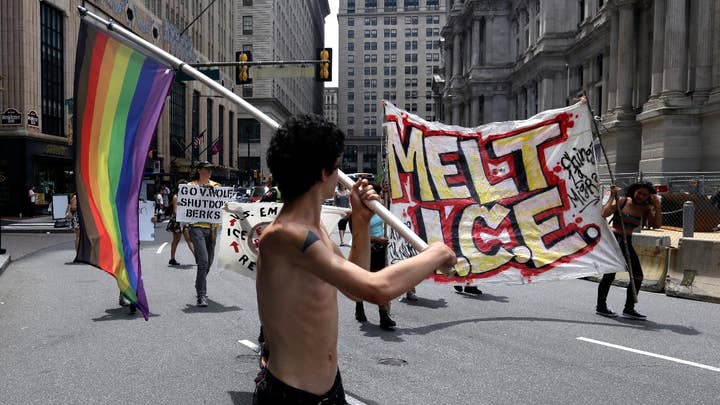 Riddell has been representing the National ICE Council, the union for federal immigration officers. Last year the union grabbed headlines after sending letters to officials, asking them to conduct a criminal investigation of Portland Mayor Ted Wheeler over his handling of the 38-day Occupy ICE protests in the city last summer.

The group also filed claims that the city’s police declined to intervene and disperse the protesters who were besieging an ICE facility.

The anonymous anarchists claimed responsibility for the water damage in an email to Willamette Week on Monday, admitting that they did it because of Riddell's work with the federal immigration agency.

“We decided to congratulate him on his new building by unraveling his garden hose, pushing it through his mail slot, and turning on the water,” the anonymous email read.

It added that Riddell’s office was the target as he bought it with the money he received from representing the ICE union and claimed that this is a warning to other lawyers who are working or are planning to work with the agency.

“Our goal was to cause maximum economic damage, that should serve as a warning to all individuals and businesses that profit off the human misery perpetrated by ICE,” the email added.

“Our goal was to cause maximum economic damage, that should serve as a warning to all individuals and businesses that profit off the human misery perpetrated by ICE.”