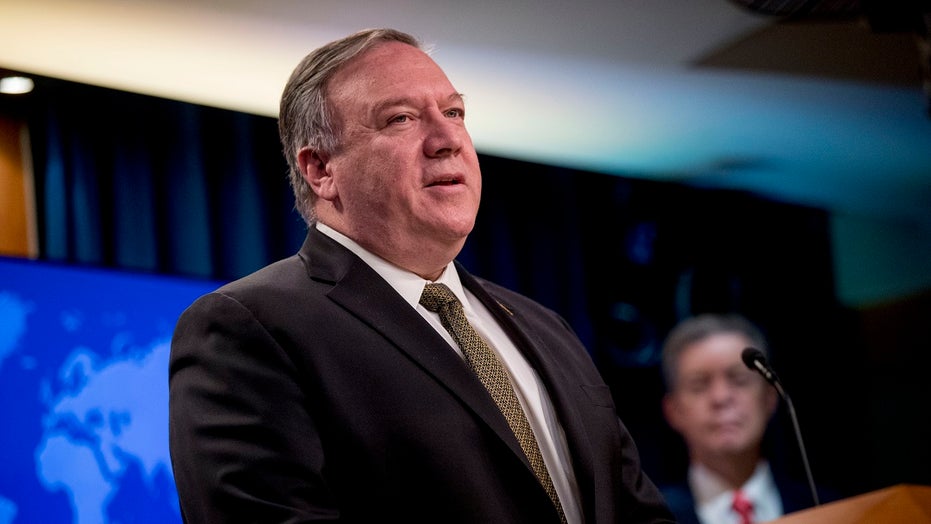 Secretary of State Mike Pompeo refused to say Wednesday whether or not the U.S. was still in the market to buy Greenland.

“Our goal is very clear. We’ve been upfront about it. We want to make sure that there’s a prosperous, safe and secure Faroe Islands, Greenland," Pompeo said in an interview with a Danish reporter. Pompeo met Wednesday with foreign ministers of Denmark, Greenland and Faroe Islands to discuss a security alliance.

“So you’re not in the market for Arctic islands anymore?” the reporter asked.

“We’re trying to get prosperity and security for our good friends here,” the secretary responded.

In August 2019 reports circulated that the Trump administration wanted to try to buy Greenland. Trump addressed the rumors, saying Denmark has been losing money by keeping Greenland under its control.

"Essentially it’s a large real estate deal. A lot of things can be done. It’s hurting Denmark very badly because they're losing almost $700 million a year carrying it," he said. "So, they carry it at great loss, and strategically for the United States, it would be nice. And, we're a big ally of Denmark and we help Denmark, and we protect Denmark."

Trump said he may be visiting Greenland in the near future, but claimed the issue was not a top priority for the administration.

Greenland’s foreign ministry later dismissed the possibility on Twitter, saying Greenland is “open for business, not for sale.”

“We have a good cooperation with USA, and we see it as an expression of greater interest in investing in our country and the possibilities we offer,” the island’s government said on its website. “Of course, Greenland is not for sale.”

"Greenland is not Danish. Greenland is Greenlandic," Danish Prime Minister Mette Frederiksen said. "I persistently hope that this is not something that is seriously meant."

Trump later joined in on the wisecracks about trying to by Greenland, tweeting a photoshopped image of the country with a Trump tower on it. “I promise not to do this to Greenland!” the president wrote.

In April, the U.S. announced it would give a $12.1 million aid package to Greenland and open a consulate on the Arctic island.

The aid, intended to counter Russian and Chinese influence in the Arctic region, focused on energy, tourism and education.

“We’ve developed, again, in consultation with the kingdom of Denmark and the government of Greenland, a $12.1 million funding package to sort of jumpstart this new beginning – this rebirth, if you will – of our engagement in Greenland,” a state official told Fox News.