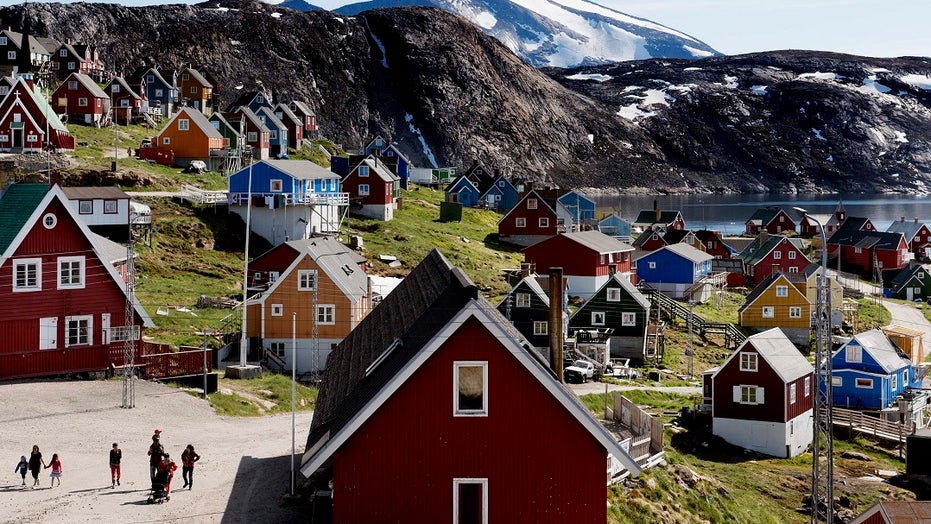 The U.S. will give a $12.1 million aid package to Greenland and open a consulate on the Arctic island, officials said Thursday.

The aid, intended to counter Russian and Chinese influence in the Arctic region, will focus on energy, tourism and education.

“We’ve developed, again, in consultation with the Kingdom of Denmark and the Government of Greenland, a $12.1 million funding package to sort of jumpstart this new beginning -- this rebirth, if you will -- of our engagement in Greenland,” a state official told Fox News Thursday.

Denmark approved the opening of a U.S. consulate in the Greenland capital of Nuuk in December 2019.

Ice floats past the village of Ilulissat in Greenland. (Joe Raedle/Getty)

As the ice -- which covers over 90 percent of Greenland’s surface area -- continues to melt, opportunities to tap oil and mineral resources could arise. Additionally, warming caused by climate change is opening new sea lanes creating new potential for commercial and military activity.

In what was originally thought to be a joke, the Trump administration considered buying the semi-autonomous Danish territory last August.

"Essentially it’s a large real estate deal. A lot of things can be done. It’s hurting Denmark very badly because they're losing almost $700 million a year carrying it," Trump had told reporters. "So, they carry it at great loss, and strategically for the United States, it would be nice. And, we're a big ally of Denmark and we help Denmark, and we protect Denmark."

Greenland, which only won the right to limited self-governance from Denmark in 2008, responded that it was open for business but not for sale.

The American ambassador to Denmark, Carla Sands, previewed the announcement in an article published in the news outlet Altinget: “The United States will be the preferred partner in the Arctic, and we hope to achieve such a partnership through a direct commitment that accelerates sustainable development and prosperity in the region, all based on ideals of good governance, transparency and respect for human rights that has made freedom-loving communities thrive,” Sands wrote.

“The untapped resources in the entire Arctic are truly remarkable and include oil and gas, fish that are important to global food supply, rare earths, and most importantly, people who strive to make progress in their lives,” Sands continued.

Sands also accused Russia of “aggressive behavior and increased militarization in the Arctic” and China of pursuing “predatory economic interests” in Greenland.

The U.S. proposition comes at the ire of some Danes. “The US is clearly working to undermine the Kingdom of Denmark,” said Rasmus Jarlov, a center-right MP and former minister, according to the Financial Times.

“In the end, they might not be present in Greenland at all if they come with this kind of agenda. It is totally unacceptable.” Karsten Honge, a left-wing MP, accused the U.S. of trying to drive a wedge between Greenland and Denmark and urged Danish Premier Mette Frederiksen to “draw a line in the ice cap.”