Philadelphia residents are getting hit by the first big-city soda tax in the country, and they’re not happy. Pictures are going viral of hefty receipts that show the 1.5 cent-per-ounce tax adding up to several dollars extra on a single purchase.

“The magnitude of this tax is historic and Philadelphian consumers can’t afford it,” said David McCorkle, CEO of the Pennsylvania Food Merchants Association.

When the levy was approved last year, Philadelphia became the largest city in the nation to create a specific tax for soda and sugary beverages. The tax took effect on Jan. 1, with a per-ounce rate 24 times more expensive than the state’s tax on beer.

The 1.5 cent-per-ounce rate sounds small. But it can add up on purchases of packs and large bottles.

In one photo that went viral after being posted to Facebook, a receipt shows more than $3 in tax added to the cost of a $5.99 12-pack of Propel, an energy drink. Because of the broad language, the tax captures not only sodas but energy drinks, zero-calorie diet beverages, juice and even milk substitutes for lactose-intolerant people.

Other shoppers also sounded off.

Congrats, @PhiladelphiaGov. You've made sure my grocery shopping will be done outside the city with this ridiculous #sodatax.

Philadelphia Mayor Jim Kenney first proposed the tax in March 2016; it passed the City Council 13-4. The revenue will be used to fund initiatives for areas in need of improvement like community schools, parks, rec centers, and libraries – and for expanding the city’s pre-K programs.

But the city has been in a legal battle with the American Beverage Association, which opposes the measure. And the Kenney administration has gone to the state Supreme Court seeking a final legal decision. A spokesperson for Kenney told FoxNews.com that without the tax, the city cannot fund additional pre-K seats come September – and stressed it’s not technically a sales tax.

“The Philadelphia Beverage Tax is a tax on the distribution of sweetened beverages intended for retail; it is not a sales tax to be paid by the consumer and collected by the retailer,” spokesman Mike Dunn said. “There are thousands of Philadelphians who are thrilled with the infrastructure this tax will pay for, so it depends on who you’re speaking to.”

The mayor’s office said there was no “mandate” on consumers, but rather on dealers and distributors who could choose whether to increase prices.

“Since it is not a sales tax, distributors … do not have to pass it down to their customers, the dealers,” Dunn said. “They could choose to slightly lessen their seven-figure bonuses, for example.”

But McCorkle, a plaintiff in the case against the tax, said despite what the mayor’s office says, the tax will be passed onto consumers.

“I would ask anyone in the mayor’s office to walk through a supermarket or convenience store—the consumers are seeing a dramatic increase in the price of products in these Philadelphia stores and Philadelphians will vote with their feet by finding a neighboring community where they can buy the products they want at prices they did prior to January 1st,” McCorkle said. “If Philadelphians shop outside the city, sales decline, not only in the beverage category, but in all categories.”

McCorkle said the Philadelphia economy in general could be affected.

“I think the city needs to take a hard look at the potential impact, and we suspect that if store revenue declines, cuts have to be made somewhere,” McCorkle said.

According to the mayor’s office, Philadelphia has established a Healthy Beverages Tax Credit to help those small stores and bodegas McCorkle is concerned about. The credit is offered to “qualifying merchants who increase their inventory of healthy beverages.”

Philadelphia’s experience could shape how the soda tax debate plays out across the country. Illinois is considering a statewide soda tax, and cities including Santa Fe, N.M., are considering new local levies. 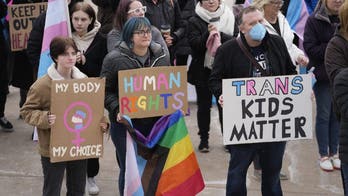