Pennsylvania sheriff switches from Democratic to Republican Party amid unrest

A Pennsylvania sheriff who describes himself as a lifelong Democrat is backing President Trump amid nationwide unrest and calls to defund police.

"The past few months with the goings-on in the news media with the protests, the riots, the looting, burning, assaults on law enforcement ... the silence of the Democratic Party was deafening," he said.

TRUMP HEADS TO PENNSYLVANIA FOR THE SECOND TIME IN A WEEK: WHAT'S AT STAKE

After more than 40 years in law enforcement as a Democrat, Albert, 70, switched to the Republican Party on Monday. 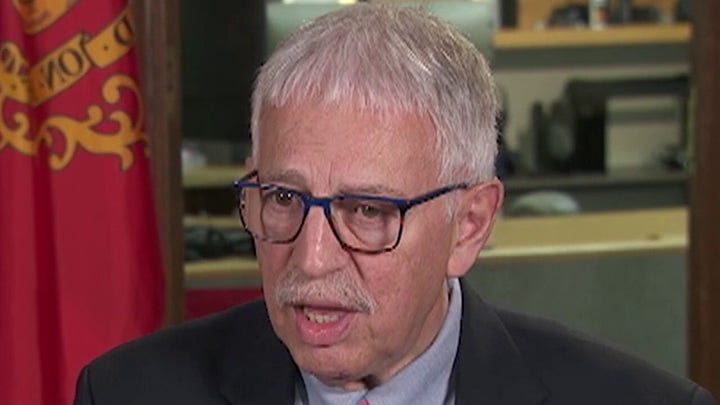 "I always considered myself a conservative Democrat," he said. "As the time went on and the party moved to the left, I started to see I was more in line thinking as a Republican."

"He's alluded to the fact of cutting funds for police, so I'm very skeptical of Biden-Harris. ... The party's moved to the left, and he's kind of moved along with them," Albert said.

The sheriff said others have called him to say they are making the same switch in the battleground state, where the president is campaigning Saturday.

"I believe that Pennsylvania will vote for President Trump," Albert said, despite polls showing Trump trailing.

"Fox & Friends" co-host Will Cain said he believes Albert's switch is an indicator of the effects of the recent protests and how it affects the electorate.

"You can see many in law enforcement are making their way away from the Democratic Party because of that," Cain said.