A senior White House official told Fox News that the vice president is attending the Olympic Games, which will be held in Peongchang from February 9 through February 25, to reinforce the strong U.S. presence on the Korean Peninsula, and send a clear signal to the North Korean regime.

Pence is expected to stop in Alaska to review intercontinental ballistic missile (ICBM) defense systems, and in Japan. His visit to Japan, according to a senior official, is to reaffirm leaders there, and in South Korea, of the U.S. commitment to stability in the region. 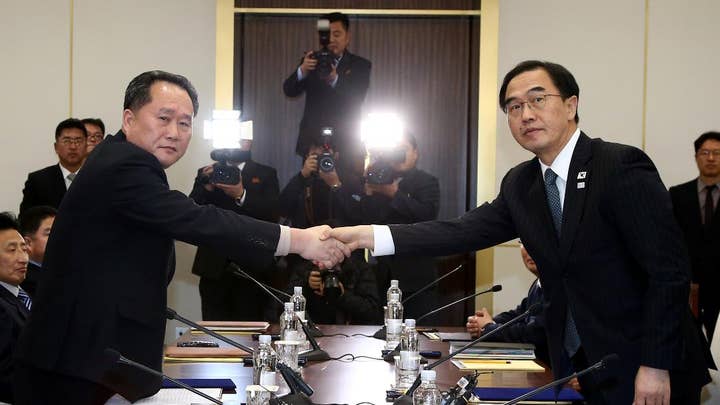 Pence’s visit to Pyeongchang will not only be in support of the international games and U.S. athletes, but he is also expected to show his “confidence and appreciation” to U.S. military stationed in the region.

The vice president is expected to be joined by the first daughter, Ivanka Trump, though her attendance has not yet been confirmed.

On a call with South Korean President Moon Jae-In on Nov. 30, President Trump committed to sending a high-level delegation to the Winter Games.

White House Press Secretary Sarah Sanders said Tuesday that the full delegation will be announced in the “coming days.”

The State Department said Tuesday that there were no plans for U.S. officials and North Korean to meet during the Olympic Games.