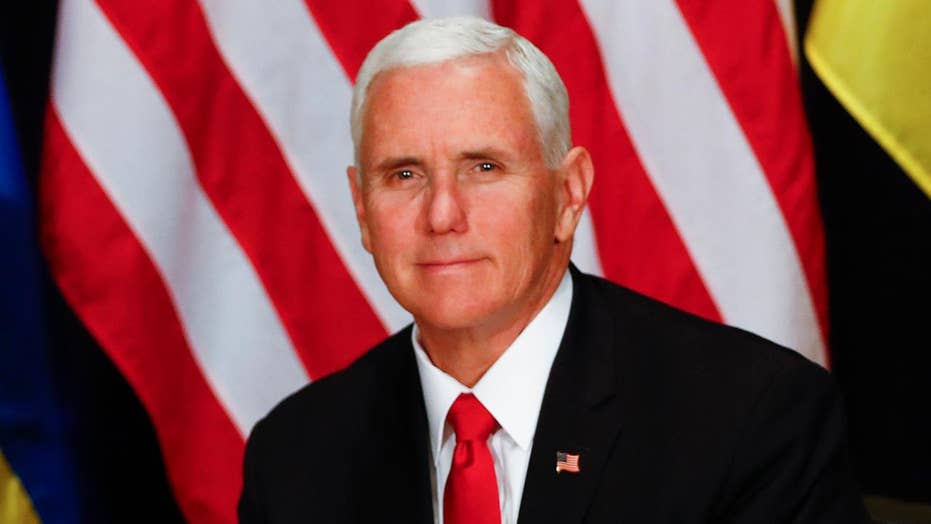 Vice President Mike Pence is traveling to Colombia next week to demonstrate continued U.S. support for the opposition to Venezuelan President Nicolas Maduro.

Pence's office says he'll deliver a speech Monday in Bogota on the humanitarian and security crisis in neighboring Venezuela, and U.S. efforts to help get aid to the country. Pence will meet with Colombian President Ivan Duque as well as Venezuelan families who have sought refuge outside the country.

The United States and dozens of other countries recognize opposition leader Juan Guaido as Venezuela's interim president. Maduro told the AP in an interview last week that he will not give up power as a way to defuse the standoff.