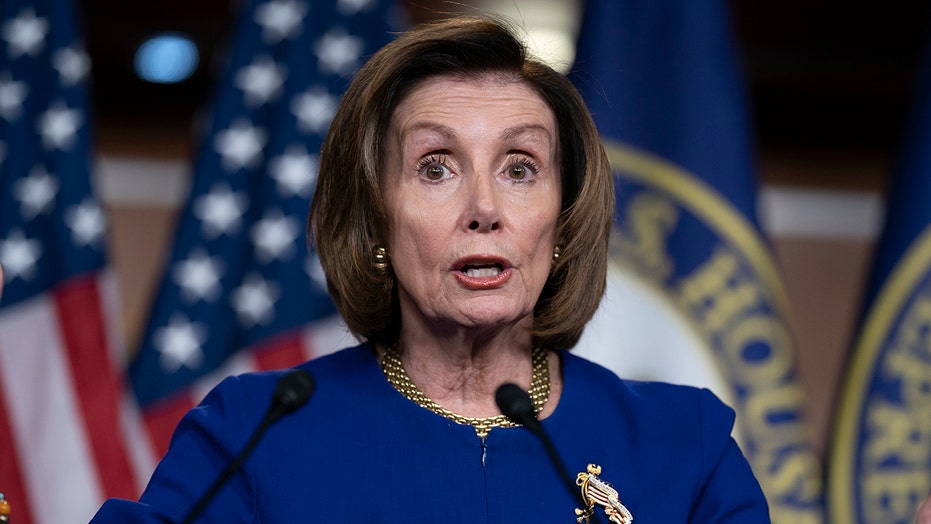 In a press conference with Senate Minority Leader Chuck Schumer Monday evening, House Speaker Nancy Pelosi told reporters that the House version of a new coronavirus bill could be released this week, although it is unlikely it will be able to pass until after the upcoming congressional recess.

Pelosi went on to say that she would consider shortening the House's recess scheduled for next week if needed to pass the bill, but that she did not expect to have to do so and is tentatively planning for passage after the recess.

"Well, yes, if there's a necessity — if we think we're going to get some action in the Senate to do it," Pelosi said of the possibility of shortening the recess. "But we want to do it right and we want to have clarity for families."

Meanwhile, the president Monday night said that he would pitch a variety of economic measures aimed at helping the U.S. economy during the coronavirus threat — including a payroll tax cut, aid to small business and paid sick leave for hourly workers.

But Schumer, at the press conference with Pelosi, criticized Trump for being too focused on the economy amid a health crisis that has led several states to declare states of emergency.

"I mean what was missing from the president’s talk is how he is actually going to deal with the spread of the coronavirus. That’s the bottom line," Schumer said. "Well, what’s he going to do? So far we’ve seen statements belittling the problem, contradictory statements, statements that don’t address the problem."

Schumer continued that line of attack against Trump in a statement released Monday evening: "It seems President Trump is more focused on the stock market than addressing this pandemic," he said.

Trump recently signed an $8.3 billion coronavirus package that was passed by overwhelming majorities in Congress — a rare bipartisan success in Washington even as the president and congressional Democrats were lobbing verbal grenades at each other the entire time. It remains to be seen if the sides can work out another agreement as their priorities seem to be slightly diverging, with Trump apparently focused on economic stimulus, including tax breaks, while Pelosi and Schumer talk about medical system capacity, food security and increased testing.

On the payroll tax cut, one of the top solutions Trump is pushing to boost the economy amid its coronavirus woes, neither Schumer nor Pelosi would commit to entertaining the idea.

"We told you what we would support," Schumer said. "That's what we're focused on."

Alfredo Ortiz, the president and CEO of the conservative Job Creators Network, said parties should work together to defuse the economic problems caused by the coronavirus, and that a payroll tax would be a good start.

'Speaker Pelosi and Minority Leader Schumer should drop their partisan swords and work with the president to preserve the economic gains made by small businesses during this recovery.'

"The president continues to take decisive action to protect Americans from the coronavirus and to protect American businesses from its economic fallout," he said. "Speaker Pelosi and Minority Leader Schumer should drop their partisan swords and work with the president to preserve the economic gains made by small businesses during this recovery. A payroll tax cut has had support in both parties for many years, it's time to get it done."

Pelosi said that the government should look to past crises and model its actions around what worked best when responding to those.

"We don’t want people to panic, but we do have to be prepared," she said. "And we think that listening to the concerns over the past period of time and putting together what some possibilities are based on what we did from Katrina, based on what we did in the depression time following the 2008 downturn in our economy. We have some examples that were useful then that we can apply now."