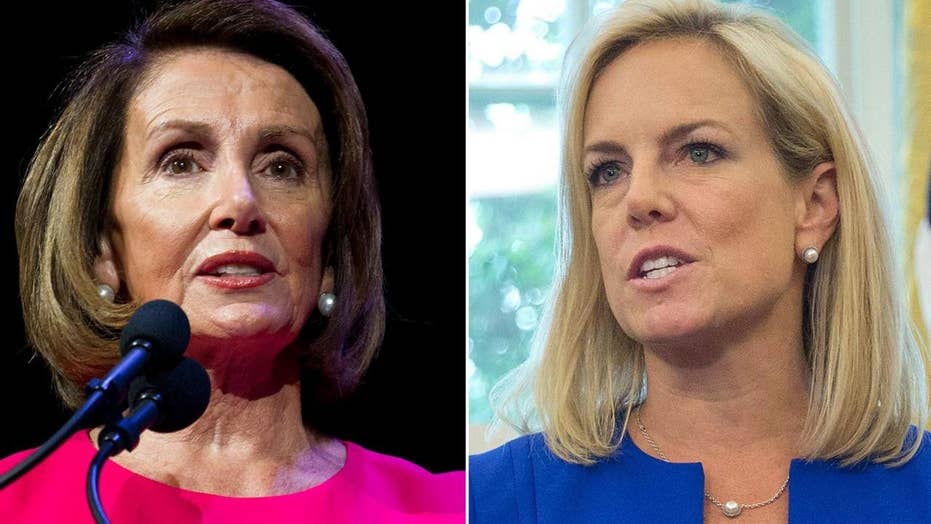 House Speaker Nancy Pelosi and Homeland Security Secretary Kirstjen Nielsen got into a tense confrontation this week, with the California Democrat interrupting Nielsen’s presentation on border security and illegal immigration, telling her “I reject your facts.”

The clash between the top House Democrat and a key member of President Trump's Cabinet occurred during a Wednesday meeting in the White House amid the impasse over the government shutdown, with Trump standing firm and demanding $5 billion for the border wall.

At one point during the meeting, according to the Wall Street Journal, Pelosi interrupted Nielsen, who was citing statistics related to the border, including how many criminal illegal immigrants attempted to enter the U.S. last year.

“These aren’t my facts," Nielsen shot back. "These are the facts.”

"These aren’t my facts … These are the facts."

Following the episode, Nielsen went to social media to criticize Pelosi and the Democrats for not wanting to hear about the issue of illegal immigration.

“I am disappointed that Dems did not want to hear from @DHSgov about the security & humanitarian crisis we are facing at the border,” Nielsen wrote. “They didn’t want to hear about criminal aliens, drug smugglers, smuggled & abused children or violent caravans trying to breach the border wall.” 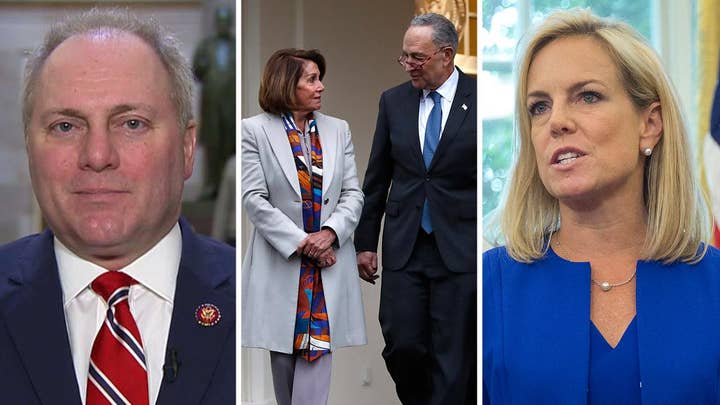 “The crisis is not going away-it is getting worse. The status quo in funding & authorities for #DHS is irresponsible & makes our country less secure,” she continued. “Kicking the can down the road is not the answer. I look forward to engaging w Members who want to.”

Sen. Dick Durbin of Illinois, the second-ranking Senate Democrat, also criticized Nielsen’s presentation, telling Bloomberg that it “was not a credible presentation.”

“It was preposterous,” Durbin said. “At a time when we have the lowest level of apprehensions at the border — stopping people from coming in illegally — the lowest level historically, she is saying that we have all these terrorists and criminals and all these people on their way in.”

Nielsen reportedly told the Democrats at the meeting that border officials along the U.S.-Mexico border had apprehended about 3,000 people with terrorist ties and 17,000 criminals last year.

Pelosi also asked the DHS head whether she was counting anyone crossing the border illegally as having a criminal record, with the administration denying that’s how the figure was devised. 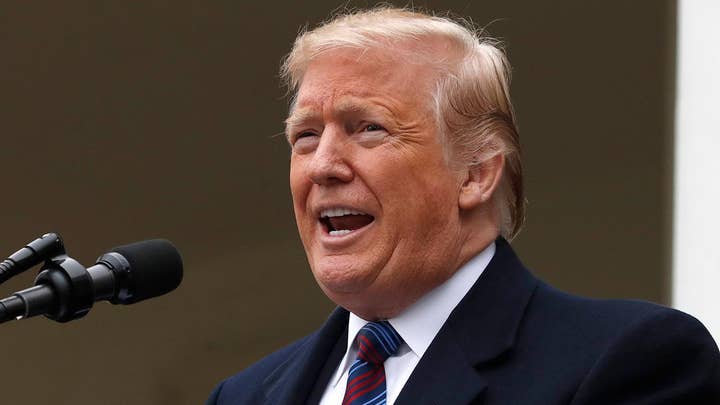 Wednesday’s meeting didn’t resolve the government shutdown as both sides continue to stick to their principles and refuse to concede.

On Friday, following another contentious meeting in the White House with congressional leaders, Trump warned that the partial government shutdown could last “years” and saying he could even declare a “national emergency” to bypass Congress if necessary to build the wall.

“We can call a national emergency [to build a border wall] because of the security of our country,” Trump told reporters in the Rose Garden, during a lengthy and impromptu press conference on Friday.

“I may do it,” he said, before adding, “If we can do it through a negotiated process, we’re giving it a shot.”