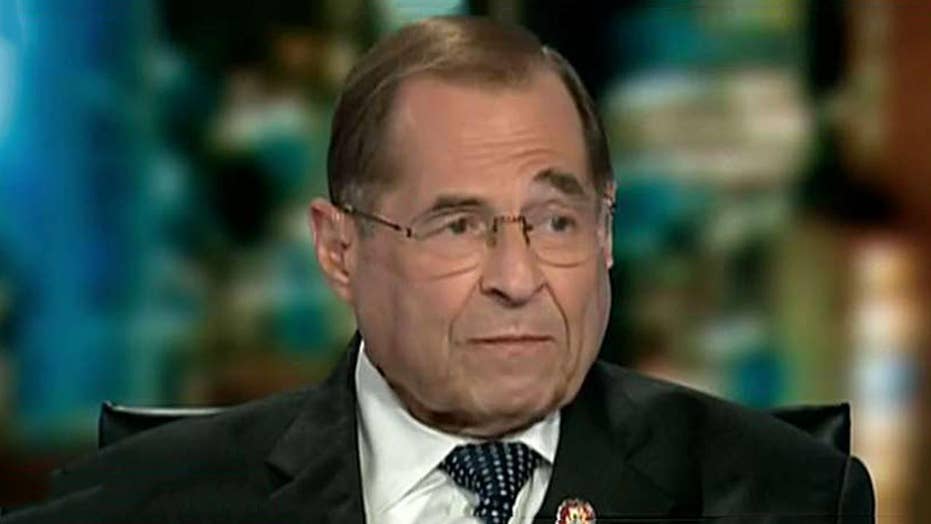 House Democrats have used the phrase “constitutional crisis” to describe Donald Trump's presidency -- but it turns out they may be creating one of their own.

The House Judiciary Committee leadership is currently at odds over the essential question of whether or not an impeachment investigation is underway. Republicans are pointing to precedent and congressional rules in arguing that traditionally first the House should approve such a move -- which has not yet happened. Yet some Democrats claim the Constitution says otherwise in arguing they've already launched the impeachment process.

So have they or haven't they?

There is no clear answer. The confusion underscores the division inside Congress over every aspect of this explosive political step, which Speaker Nancy Pelosi had urged against for months.

Not so, said Rep. Doug Collins of Georgia, the committee's ranking Republican.

The confusion over what is actually happening is not limited to partisan squabbles, as Democrats appear to be at odds as well. 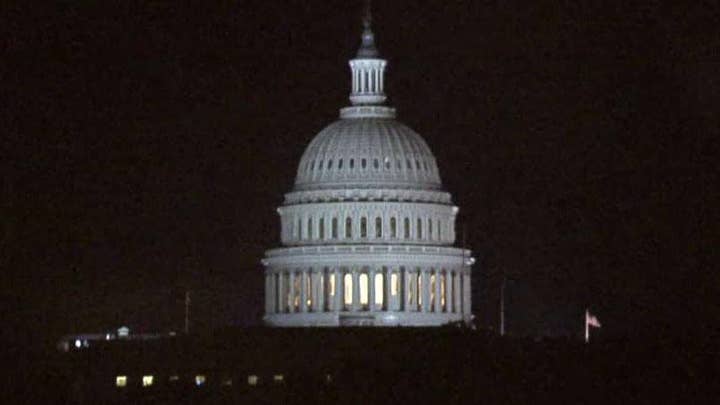 When Nadler filed a petition in D.C. federal court in late July seeking the disclosure of secret grand jury materials from former Special Counsel Robert Mueller’s investigation, some Democrats indicated this marked the beginning of an actual impeachment investigation.

“We are crossing the threshold,” Rep. Veronica Escobar, D-Texas, said at the time. “When you think about the mode we were operating under before, it was an oversight function. This is now crossing the threshold with this filing, and officially entering into an examination into whether or not to recommend articles of impeachment—I just want to make that point clear.”

Rep. Eric Swalwell, D-Calif., also said this was “the first time” the committee was sending a “telegraph to the court that one of the remedies we have is impeachment.”

“This is an impeachment investigation, on whether we should introduce articles of impeachment to Congress,” he said.

That same day, however, Pelosi said, “We will proceed when we have what we need to proceed -- not one day sooner.”

Pelosi has opposed impeaching Trump, as it could end up backfiring against Democrats heading into the 2020 elections.

Collins cited the investigations of Presidents Richard Nixon and Bill Clinton, as well as congressional rules, to support his argument that only a vote from the full House can permit the Judiciary Committee to begin an impeachment investigation.

But University of Texas Law Professor Steve Vladeck said that the House's formal approval of an impeachment investigation is not the only way to go about it.

Such a resolution was introduced by Rep. Al Green, D-Texas, in July, but the House shot it down with a 332-95 vote to table it.

Escobar, along with Reps. Mary Gay Scanlon, D-Penn., David Cicilline, D-R.I., and Pramila Jayapal, D-Wash., argued in a piece for The Atlantic on the day Nadler filed his petition that neither method of initiating impeachment proceedings was required. Not only did they say that an impeachment investigation is already underway, they claimed they did not need approval by a House vote to do it.

“While many people believe that beginning an impeachment investigation can begin only with a vote of the full House of Representatives, this is not true,” they wrote. “Article I authorizes the House Judiciary Committee to begin this process.”

Article I of the Constitution is the source of the House’s impeachment power, but it does not go into detail regarding the process.

Rep. Ted Deutsch, D-Fla., confused things further, indicating in an Aug. 1 piece for the South Florida Sun-Sentinel that an impeachment inquiry has been going on since March 4. He cited committee powers – not the Constitution – as support for why it is permitted.

“In the past, a resolution directing the Judiciary Committee to consider impeachment was needed to grant the committee additional subpoena authority and financial resources,” Deutsch wrote. “But times have changed. In 2015, Republican leaders gave committee chairs broad subpoena powers. … No vote to authorize an impeachment inquiry is necessary.”

The next day, however, the office of Rep. Salud Carbajal, D-Calif., issued a press release stating that he "calls for" an impeachment inquiry, implying that one did not already exist. He was among numerous Democrats to back calls for an impeachment inquiry in the wake of Mueller's testimony -- something more than half of House Democrats now support, making the definition of what constitutes such an inquiry all the more important.

The confusion could very well come to a head as a result of Nadler’s petition. According to the Federal Rules of Criminal Procedure, grand jury material such as the information Democrats are seeking must remain secret, with judges only allowed to disclose it in certain outlined situations. One of those exceptions is for judicial proceedings, and court precedent has deemed impeachment investigations to fall under that category.

While Nadler and other Democrats are now claiming they are in the middle of such an investigation, if they have not taken the required steps to do so, the court may rule against them.