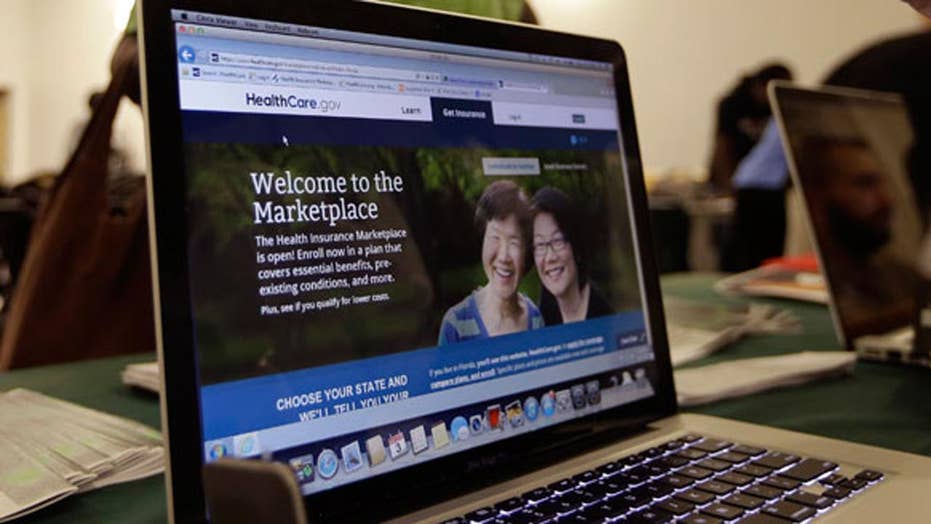 House Speaker Paul Ryan, R-Wis., ripped a foundering bill to repeal and replace ObamaCare off the floor late last month. Soon after, President Trump declared the effort dead. The president said it was now time to advance to tax reform.

“I really want to do it first,” Trump said of health care reform during an interview this week with Maria Bartiromo on Fox Business Network. “We are going to have a phenomenal tax reform. But I have to do health care first.”

At 12:56 a.m. Thursday, a message hit the mobile devices of reporters around Washington from a senior House Republican leadership aide. The missive said “progress was made” on a plan to create a fund-sharing, “risk pool” arrangement engineered by Reps. Gary Palmer, R-Ala., and Dave Schweikert, R-Ariz. The aide said the Rules Committee – regarded as the gateway for legislation to hit the House floor – would hold a meeting Thursday to latch the Palmer-Schweikert plan to the stunted health care bill.

You generally don’t go to the Rules Committee unless you intend to put a bill on the floor.

Was the Palmer-Schweikert plan the magic bullet to cajole just enough Republicans to vote yes and lug the package across the finish line?

Ryan then moved up the time of his weekly press conference by an hour and 45 minutes. Were they putting the rejiggered bill on the floor? Ryan assumed the stage in the House Radio/TV Gallery, flanked by a couple dozen of the most ardent backers of the legislation.

“This gets us closer,” said Ryan. “We have plenty of cushion. We are well within our timeline.”

Less than an hour later, House members fled the Capitol for a two-and-a-half week recess. No vote on health care. GOPers circulated an unfinished, “bootleg” version of the updated bill text by mid-morning. The Rules Committee convened in the afternoon, long after lawmakers departed.

The exercise was just a fire drill. Sturm und drang from the House leadership to satisfy a jittery administration and present the illusion they were getting somewhere on health care reform before the break. They worried the public could perceive otherwise without the theatrical scramble.

“This was an effort to save Reince Priebus’s job,” grumbled one House Republican committee chairman of the White House chief of staff. “I don’t care about Reince Priebus.”

“It just lets us say that we did something,” groaned another Republican of the parliamentary calisthenics.

So Trump is now, supposedly, hoping to carve a deal with whomever will listen.

“Ocare is dead. Good things will happen, however, either with Republicans or Dems” the president tweeted.

It wasn’t that long ago that Trump lit into the Freedom Caucus for the health care bill collapse. The president asserted that if those members don’t come around, they’ll “hurt the entire Republican agenda if they don’t get on the team, and fast.” Otherwise, Trump intimated he’d “fight” the Freedom Caucus.

“If @RepMarkMeadows, @Jim_Jordan and @Raul_Labrador would get on board we would have both great healthcare and massive tax cuts & reform,” the president said in one tweet.

But that wasn’t all.

“@realDonaldTrump is bringing auto plants & jobs back to Michigan. @justinamash is a big liability. #TrumpTrain, defeat him in primary,” tweeted Dan Scavino.

Threatening primary challenges for members of his own party is rare turf for a president. Some of these same conservatives were dubious about Trump’s candidacy last year. They only aligned with the ticket once the president tapped Pence as his running mate. Many Freedom Caucus members outperformed the president in their districts at the polls last fall.

Some of these lawmakers aren’t worried.

“I don’t deal with bullies,” said Amash. “I’m not in the fifth grade.”

The future of health care reform, and perhaps a panoply of other issues, swings in the balance. For members of the House, it’s a two-year term. For Trump, it’s a four-year term. So perhaps Trump doesn’t have the “right” Republicans in Congress to advance his agenda now.

There’s a reason why former House Speaker John Boehner often relied on a blend of Democrats and Republicans to advance major legislation like the debt ceiling and government funding. But something happened last August which infuriates the Freedom Caucus – and could give the Trump administration a potential path to move some of its legislative priorities.

What happened to Huelskamp is what Trump, Scavino and others suggested could happen to intransigent members of the Freedom Caucus. Most congressional Republicans fear primary challenges from their right flank. In this case, some GOPers and Trump could back a Republican to the left of those Freedom Caucus members. A more “mainstream” Republican may be willing to agree with Ryan and the Trump administration. It’s unclear if the White House might deploy such a political strategy.

“We’re going to have great health care,” forecast Trump during his interview with FBN.

But it all could hinge on the right mixture of congressional Republicans to get there.