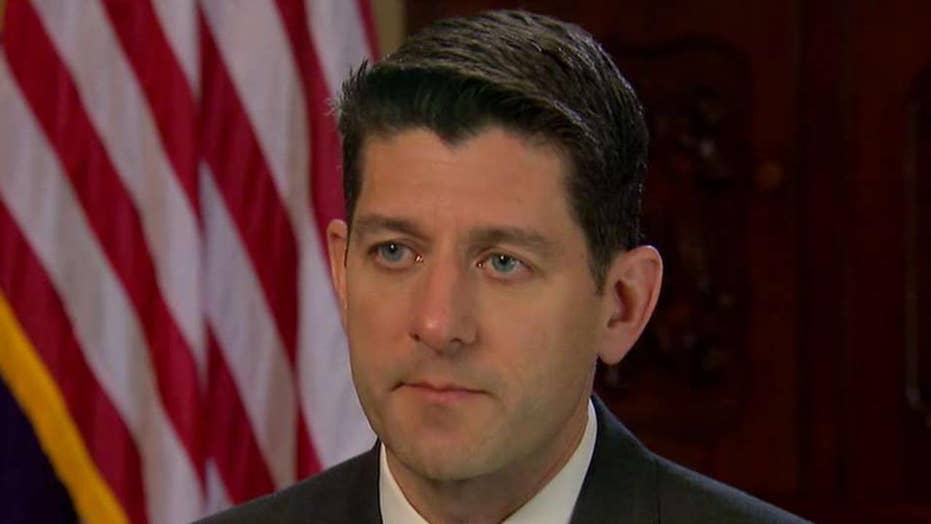 In an exclusive interview, Paul Ryan tells national security correspondent Jennifer Griffin why he is supporting a Pentagon budget of $700 billion.

With another potential government shutdown looming, the Speaker of the House wants to make sure the U.S. military is not shortchanged after more deadly crashes in the past week killed nine American servicemen, which the Wisconsin Republican blamed on years of budget cuts.

“We lost two F-18 pilots off the coast of Florida. We lost seven of our troops in a helicopter crash in western Iraq,” said Rep. Paul Ryan in an exclusive interview with Fox News in his office on Capitol Hill.

In between the two deadly crashes late last week, a massive Air Force C-5 cargo plane skidded down the runway in Texas after its nose gear failed.  The Air Force grounded its entire fleet of C-5s last summer because of a similar problem.

Ryan says the U.S. military has been “hollowed out” over the past eight years, and the budget agreement currently on the table “fixes that.”

Ryan fears if the $1.3 trillion “omnibus” spending bill doesn’t get passed by Friday and defense spending isn’t increased, the military’s problems only will get worse.

“When I became speaker, I got access to all the classified briefings that a president gets, to see what exactly our military is experiencing,” Ryan said when asked how he became a defense hawk after years of focusing on the nation’s spiraling debt, which currently stands at $21 trillion. 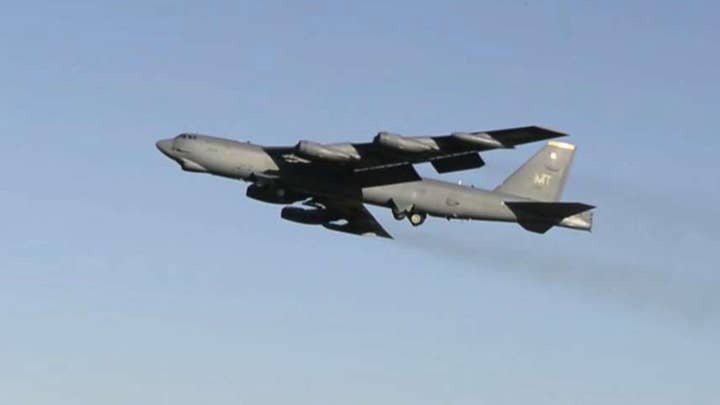 “I have been absolutely convinced that we have been doing a disservice to our men and women in the military with the budgets they’ve been getting,” he added.

Ryan climbed the rungs of power on Capitol Hill by focusing on cutting government spending.  But to fix the military, the top Republican in the House says the additional spending is needed badly.

“The [defense] budget right now is almost 20 percent lower today for the military than it was when Obama got started,” Ryan said.

Republicans and Democrats agreed to the Budget Control Act or “sequester” in 2011, which capped defense spending at $568 billion a year.

The Pentagon’s budget is slated to be $700 billion for the current fiscal year.

In 2010, then-chairman of the Joint Chiefs of Staff Adm. Mike Mullen warned the biggest threat to national security was the national debt.

Wisconsin congressman weighs in on 'The Ingraham Angle' as conservatives are criticized over the spending in the budget deal.

“They are wrong,” said Ryan. “We need a tax reform that can keep us growing.”

“What I am really worried about is not the amount of money, but how we spend it,” Smith told Fox News. “You decide you want a 355-ship Navy, so you start building the ships, but then you don’t have the money to finish them.  We are going to need some long-term planning based on realistic numbers.”

Ryan is confident the money will be spent properly. 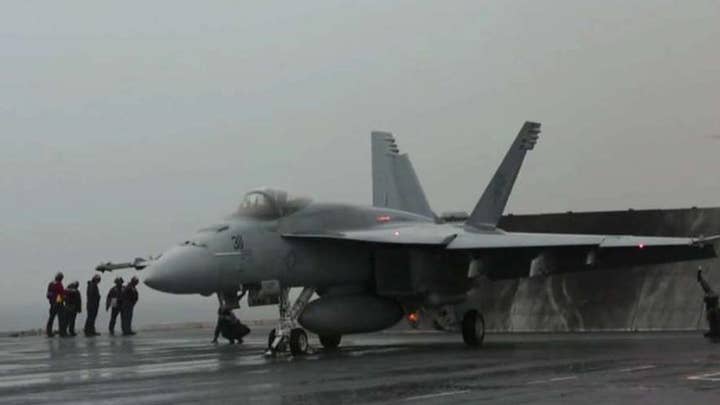 Ryan noted the size of the U.S. military is at historic lows.

“You think the world is getting safe? No, the world’s getting more dangerous,” he said.

In November, the head of naval aviation said only half the Navy’s 542 F-18 Super Hornet jets can fly right now.

It’s even worse for the Marine Corps where roughly 70 percent of its fleet of older model F-18 Hornets can’t fly, forcing mechanics to strip museum planes for parts.

In the Air Force, only half of the bomber fleet of B-1 and B-2 bombers can fly, forcing airmen to scrounge for spare parts in a remote desert scrapheap known as “The Boneyard.”  The secretary of the Air Force told reporters late last year she was almost 2,000 pilots short, forcing the service to ask retired pilots to come back.

In the wide-ranging interview, Ryan also touched on a number of other topics including Russia, special counsel Robert Mueller and on the gun debate taking place in Congress, with another school shooting taking place in Maryland Tuesday.

Ryan said he had been given “assurances” from the Trump administration that Mueller would not be fired, and the matter is not “even a consideration.”  When pressed about who gave him those assurances, Ryan replied: “I want to keep private conversations private.”

Asked if a Romney/Ryan administration victorious in the 2012 election would have been tougher on Russia:   “Certainly,” Ryan replied, “The Obama administration reduced sanctions and gave away missile defense to Russia. The Trump administration has ratcheted up sanctions.

“I think we should go further,” the House Speaker said.