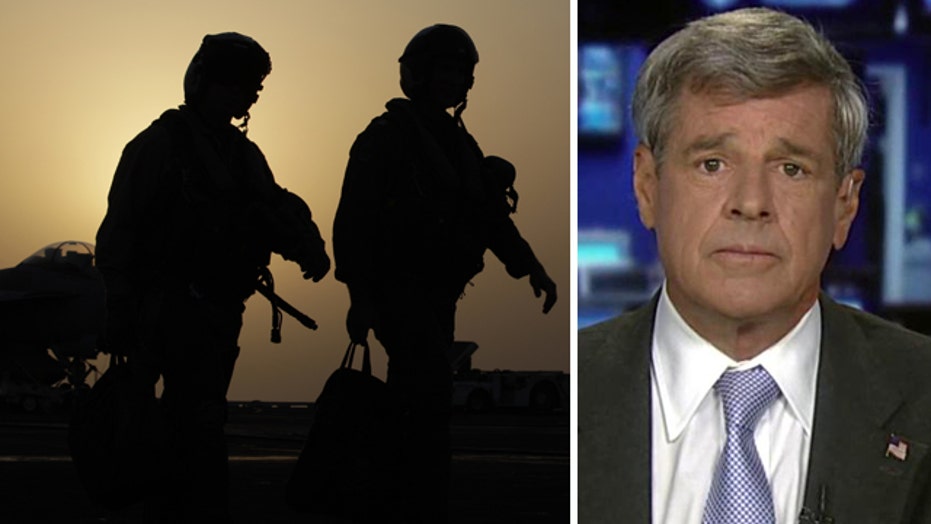 Bremer: US must broaden campaign against ISIS

Former presidential envoy to Iraq under President Bush is encouraged by President Obama's reengagement in Iraq, but argues US must go further to prevent establishment of terrorist caliphate

Paul Bremer, one of the key architects of President George W. Bush's strategy in Iraq, said he is encouraged by U.S. airstrikes against Islamic State militants, but argued the White House must go further to prevent the establishment of a terrorist caliphate.

Speaking Tuesday on Fox News' "Happening Now," the former presidential envoy to Iraq said that President Obama "deserves credit for making a tough decision to reengage militarily in Iraq," but noted: "I'm not so clear exactly on what the objectives are -- I think there's a lot of ambiguity."

"If it's in America's interest -- as the president said -- to prevent the establishment of a terrorist caliphate [in Iraq], then America has to do something about it."

Reflecting on lessons learned from U.S. involvement in the Middle East, Bremer explained "if you go into a country, like Iraq or Libya or Syria, you have to have a post-war plan that involves -- first and foremost -- adequate security. We didn't have adequate security in Iraq until the surge. We never provided security in Libya. Those are the absolute prerequisite for any political development.

"If we can provide security for the Iraqis, it's more likely we'll have a broad, unified, democratic Iraq."

Asked whether the U.S. can provide security in Iraq without "boots on the ground," Bremer sounded optimistic: "I think it probably can. I would never exclude it. ... I think an air campaign with a reconstituted Iraqi army and ... the Kurdish force -- could do it."