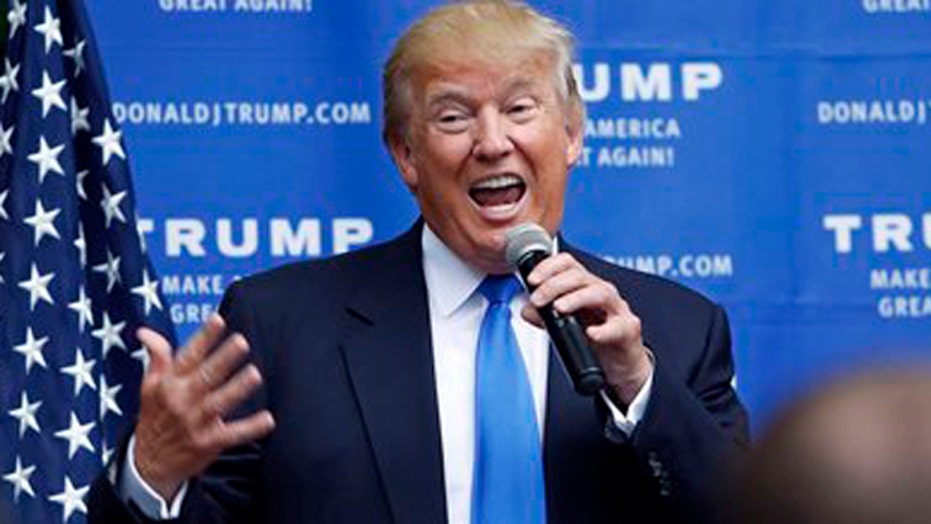 Though his corporate relationships are crumbling because of his comments about Mexico, Donald Trump is surging in the polls. And that may pose a problem for Republicans and rivals like George Pataki

Former New York Gov. George Pataki has launched a broadside against Donald Trump over his controversial remarks on Mexican immigrants, sending an open letter this week to every other Republican presidential candidate urging them to "denounce his comments today."

The letter has, in turn, triggered a bitter Twitter feud between the two 2016 candidates, as Trump also spars with everyone from NBC to Macy's to the New York City government.

After Pataki tweeted a link to the letter (in which he cc'd Trump), Trump thundered back on Twitter:

Pataki is trailing in the polls as Trump enjoys a surge. But neither candidate is backing down.

In the open letter -- as well as in interviews with Fox News and Fox Business Network -- Pataki called Trump's comments "completely unacceptable."

The letter sent Wednesday to the 14 other declared and expected-to-declare GOP candidates accused them of being "silent when it comes to denouncing these sad and divisive remarks."

Pataki urged candidates to "stand up" and "denounce his comments today." He told FBN on Thursday that other candidates may be "afraid" to get into a fight with Trump.

The furor stems from Trump's campaign kickoff, where he said Mexican illegal immigrants are "bringing drugs, they're bringing crime, they're rapists, and some, I assume, are good people."

The backlash to those remarks has built steadily over the past several days.

First Univision, and then NBC, pulled out of airing the Miss USA and Miss Universe pageants that Trump co-owns.

Macy's said it was cutting ties with Trump and his menswear collection. New Mexico Gov. Susana Martinez, a Republican and a Latina, has condemned his comments. And New York City officials reportedly are reviewing city contracts with Trump.

Trump, though, is firing back at all his critics and standing by his remarks as "totally accurate."

"The border is a disaster," Trump told Fox News earlier this week. "People are pouring in, and I mean illegal people, illegal immigrants."

And, speaking to his specific claims during the kickoff rally, he cited figures that a high percentage of Central American women are raped crossing into the U.S.

"I love Mexican people. I have a tremendous relationship. I also respect Mexico, but Mexico is doing a tremendous number against the United States," Trump said, saying they're also "taking our manufacturing, and they're taking our money."

Trump, despite the backlash, is enjoying a surge in the presidential primary polls -- in key states, and nationally -- while Pataki remains at the back of the pack.