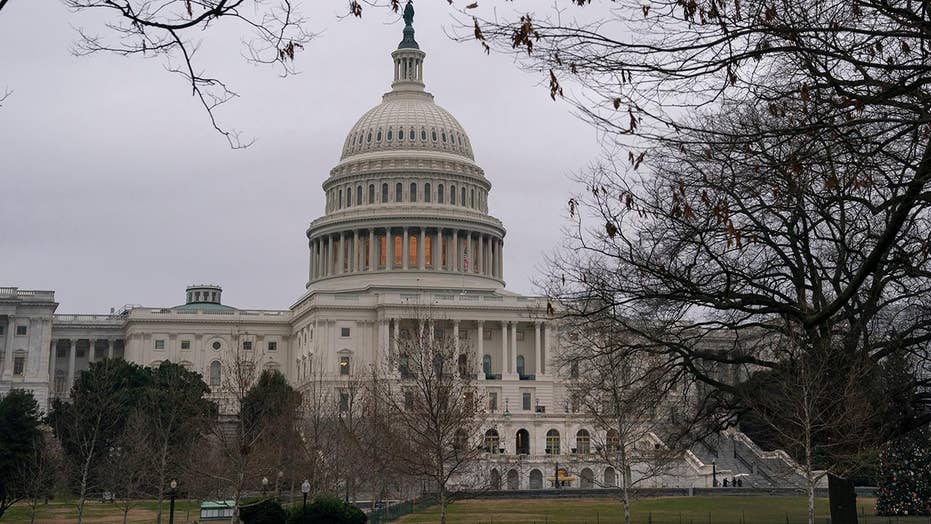 Democrats appear to have settled on a strategy to offer funding for Homeland Security through Feburary 8 and put up full-year bills to fund everything else using bipartisan Senate proposals.

The partial federal government shutdown enters its second week – and the new year – without a deal to re-open the government, as both sides dig in over funding for a barrier on the border with Mexico.

Fox News has learned that House Democrats plan to introduce a legislative package to re-open the government once they get control of the House on Thursday, but it's not clear what kind of support it will get from Republicans.

It will include one bill to fund the Department of Homeland Security at current levels through Feb. 8, with $1.3 billion for border security. It doesn't include money for the president's desired wall on the border.

Whether the Republican-led Senate, under Majority Leader Mitch McConnell, would consider the bills — or if Trump would sign either into law — was unclear. McConnell spokesman Donald Stewart said Senate Republicans would not take action without Trump's backing.

"It's simple: The Senate is not going to send something to the president that he won't sign," Stewart said.

Even if only symbolic, the passage of the bills in the House would put fresh pressure on the president.

It comes as negotiations stalled over the holidays.

“Our negotiations are at an impasse at the moment,” Sen. Richard Shelby, R-Ala., the chairman of the Senate Appropriations Committee, said on CBS’ "Face the Nation" on Sunday. “I wish it were not so.”

Republicans and Democrats have been at a standstill over President Trump's demands for $5 billion to fund the border wall.

“I campaigned on Border Security, which you cannot have without a strong and powerful Wall,” Trump tweeted Monday morning.

The president on Monday denied that he has abandoned the idea of a “concrete wall,” though acknowledged that border patrol agents prefer see-through barriers at some places on the border.

“An all concrete Wall was NEVER ABANDONED, as has been reported by the media,” the president tweeted. “Some areas will be all concrete but the experts at Border Patrol prefer a Wall that is see through (thereby making it possible to see what is happening on both sides). Makes sense to me!”

Trump’s comments appeared to be in response to remarks made in an interview by outgoing White House Chief of Staff John Kelly, who said the proposed border project "is not a wall" and that all plans for a concrete wall were abandoned long ago -- apparently directly contradicting the White House's repeated claims.

"To be honest, it’s not a wall,” Kelly said in an interview with The Los Angeles Times. “The president still says ‘wall’ — oftentimes frankly he’ll say ‘barrier’ or ‘fencing,’ now he’s tended toward steel slats. But we left a solid concrete wall early on in the administration, when we asked people what they needed and where they needed it."

"There may be a wall in some places, there may be steel slats, there may be technological enhancements," Conway told "Fox News Sunday." ''But only saying 'wall or no wall' is being very disingenuous and turning a complete blind eye to what is a crisis at the border."

Sen. Lindsey Graham, the South Carolina Republican who is close to the president, emerged from a Sunday lunch at the White House to tell reporters that "the wall has become a metaphor for border security" and referred to "a physical barrier along the border."

Funding for a slew of federal agencies lapsed at midnight on Dec. 22 – just days before Christmas -- after Congress and the White House failed to pass a spending package. Nine of 15 Cabinet-level departments and dozens of agencies have closed, affecting about a quarter of the federal government.

With no resolution in sight, the shutdown is forcing hundreds of thousands of federal workers and contractors to stay home or work without pay. Museums and galleries popular with visitors and locals in the nation's capital will close starting midweek if the partial shutdown of the federal government drags on.

House Majority Whip Steve Scalise, R-La., told "Fox News Sunday" that the ongoing partial federal government shutdown could end in a matter of hours -- if Democrats are willing to take their own advice from 2006.

"If the Senate’s got a different way and a better way to approach border security, they ought to put that plan on the table. Chuck Schumer was for this in 2006," Scalise said. "I’d be curious to know what changed. Is it just that Donald Trump’s the one now requesting it? But if he’s got a better way to keep this country safe, I think it’s incumbent upon him to show the American people what that plan is."

OUTGOING CHIEF OF STAFF JOHN KELLY CONTRADICTS TRUMP IN EXIT INTERVIEW: 'TO BE HONEST, IT’S NOT A WALL’ 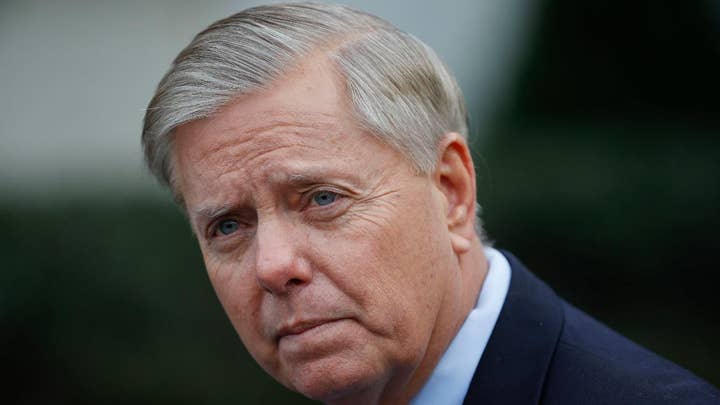 In 2006, top Democrats -- including Schumer and then-Sen. Barack Obama -- backed the Secure Fence Act of 2006, which Obama said at the time would allow for "better fences and better security along our borders” and would “help stem some of the tide of illegal immigration in this country.”

The White House has cited the Secure Fence Act, which mandated the installation of fencing along 700 miles of the southern border, as one of the legal justifications for building a wall to curb illegal immigration.

Trump, who cancelled plans to spend Christmas and New Years in Florida, has dinged Democrats for leaving Washington, amid reports House Speaker-designate Nancy Pelosi is spending the holidays in Hawaii. Fox News has confirmed that Pelosi has been vacationing in Kona, Hawaii.

“No thanks to the Democrats who left town and are not concerned about the safety and security of Americans!” Trump tweeted.

Pelosi has sought to blame Republicans for the shutdown.

"Democrats have offered Republicans three options to re-open government that all include funding for strong, sensible, and effective border security – but not the President's immoral, ineffective and expensive wall," Drew Hammill, Pelosi's deputy chief of staff, said Friday. "With the House Majority, Democrats will act swiftly to end the Trump Shutdown, and will fight for a strategic, robust national security policy, including strong and smart border security, and strong support for our servicemembers and veterans."

Also on Monday, the president defended his decision to pull troops out of Syria.

“I campaigned on getting out of Syria and other places,” the president tweeted. “Now when I start getting out the Fake News Media, or some failed Generals who were unable to do the job before I arrived, like to complain about me & my tactics, which are working. Just doing what I said I was going to do!”

Graham told reporters Sunday that "I feel pretty good about where we're headed" in Syria after suggesting that Trump is "reconsidering" the planned pullout which had drawn bipartisan criticism and forced the resignation of Defense Secretary James Mattis.

Graham emerged from the White House after a two-hour lunch with Trump and said the president "told me some things I didn't know that make me feel a lot better about where we're headed in Syria."

"He promised to destroy ISIS. He's going to keep that promise," Graham said of Trump. "We're not there yet. But as I said today, we're inside the 10-yard line and the president understands the need to finish the job."

Fox News’ Gregg Re, Chad Pergram and The Associated Press contributed to this report.