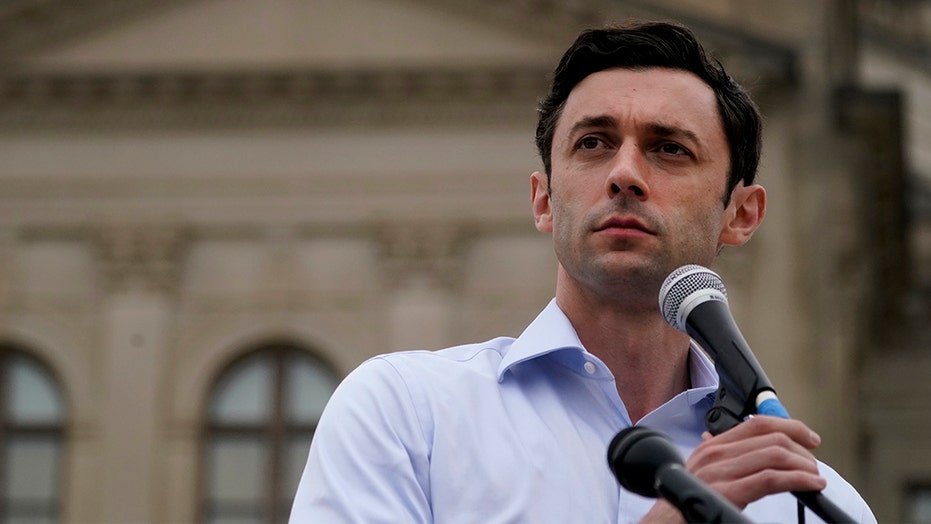 Jon Ossoff, a Democratic challenger in one of the two Georgia Senate runoffs next month, suggested Sunday that federal immigration authorities should enforce workplace protections for illegal immigrants.

A young woman at a campaign event Sunday identified herself as a "Dreamer," a beneficiary of the controversial Deferred Action for Childhood Arrivals (DACA) program. The policy allows people who grew up in the U.S. after being brought to the country illegally as children to remain.

The woman told the candidate she lived in fear of being separated from her daughter or deported, then asked him what his plan was for people like her.

“Dreamers, DACA recipients are every bit as American as any of us, and I will have your back in the U.S. Senate,” Ossoff said.

He posted a video of the exchange to Twitter, arguing in favor of immigration reform that protects DACA recipients and creates a path to obtain legal status.

But he also suggested federal immigration authorities ought to enforce minimum wage and workplace-condition standards for illegal immigrants in the U.S.

“In Georgia’s agricultural sector, the campesinos (farm workers) who work in the fields, enduring some of the most brutal conditions of labor anywhere in this country to keep America fed, paid less than the minimum wage, [are] often subject to abuse by employers,” he said. “When federal agents arrive at one of these farms it should be to make sure people are being paid the minimum wage, working in humane conditions.”

About a third of Georgia’s Latino community is made up of illegal immigrants, the Associated Press reported over the weekend.

“We should have gratitude for those who keep us fed, who toil in the fields, and show humanity and compassion for those who are a part of our society, but living in the shadows,” Ossoff told the questioner. “So I will be there for you and for all Dreamers.”

Ossoff is running against incumbent GOP Sen. David Perdue. The other election is between incumbent Republican Sen. Kelly Loeffler and the Rev. Raphael Warnock. The runoffs are Jan. 5.

Democrats would need to win both races to reach a 50-50 tie in the Senate, making incoming Vice President Kamala Harris the tiebreaking vote.