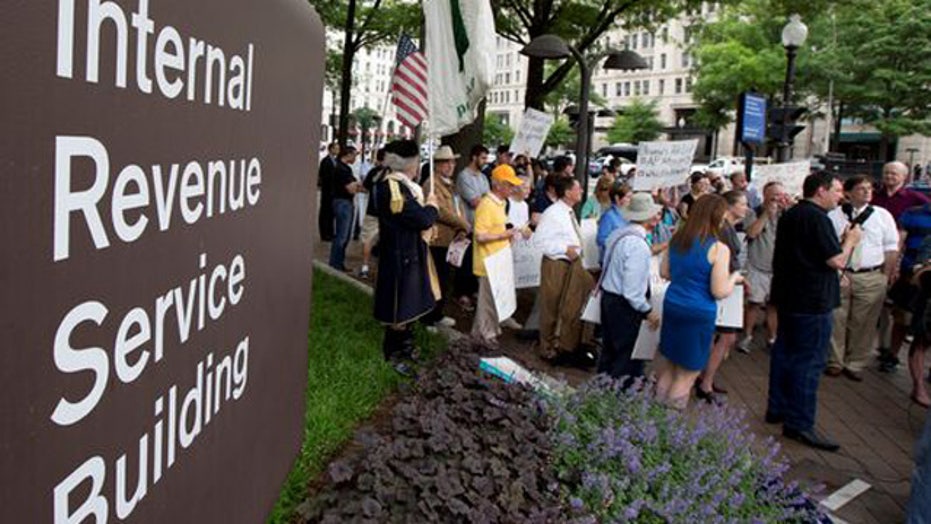 FBI letting IRS off the hook?

The FBI has so far found no evidence that would warrant the Justice Department filing criminal charges in its investigation into the IRS targeting scandal, federal officials confirm to Fox News.

The findings, which were first reported by The Wall Street Journal, could intensify the debate over the scandal, in which the IRS allegedly targeted Tea Party and other conservative groups applying for non-exempt tax status for special scrutiny.

Officials told the Wall Street Journal that thus far, investigators have found no evidence of the type of “enemy hunting” that would warrant federal criminal charges being filed. The officials say what they have found instead is that mismanaged bureaucracy inside the IRS was enforcing rules it did not fully understand.

Officials emphasize to Fox News the investigation is still ongoing, but would not comment on what stage it is in. Sources tell the Wall Street Journal that it is becoming increasingly unlikely that charges will be filed, unless investigators discover evidence that dramatically changes their viewpoint.

House Oversight and Government Reform Committee Chairman Darrell Issa, R-Calif., and Subcommittee Chairman Jim Jordan, R-Ohio, said in a statement Monday that the report only raises further questions about the credibility of the probe.

"Given the circumstances, there is little reason for the American people to have confidence in this investigation,” they said.

The report comes a few days after a lawyer representing dozens of Tea Party groups targeted by the IRS expressed frustration with the investigation’s slow pace, saying only a few of his clients have been approached by federal investigators.

Jordan Sekulow, a lawyer representing 41 organizations in 22 states in a federal lawsuit, echoed the frustrations Friday of those who say the government is biding its time eight months after the scandal broke.

Records show that Barbara Bosserman, a career lawyer in the DOJ's Civil Rights Division, donated $6,750 in 12 different contributions to Obama over two campaign cycles. She also made two contributions to the Democratic National Committee, one in 2004 and another in 2008.

In a statement, the Justice Department told Fox News it did not question Bosserman, and legally cannot question any prospective appointee, about political leanings.

That didn't quiet critics. “They say the fox isn’t good to guard the henhouse; the fox is probably not good to investigate the henhouse, either,” Sen. Rand Paul, R-Ky., said. “I think these investigations need to be done by independent people outside of the administration.”

On Jan. 6, the new head of the IRS told reporters he believes the agency is in "the home stretch" of the congressional investigation, but admitted that restoring public trust in the agency will take time.