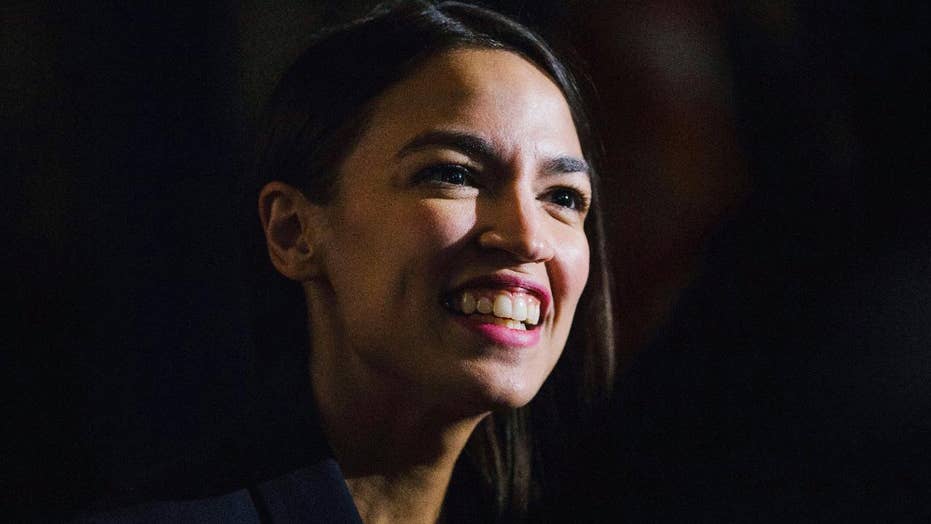 Freshman Reps. Alexandria Ocasio-Cortez and Ayanna Pressley have in a matter of days rallied the progressive base against a plan by House Democrats' campaign arm to isolate and discourage would-be challengers from running against incumbents in congressional primaries.

Ocasio-Cortez, D-N.Y., and Pressley, D-Mass., both insurgents who ousted entrenched members of their own party, over the weekend criticized a policy by the Democratic Congressional Campaign Committee (DCCC) to blacklist political firms that work against sitting members of Congress.

Their cause has been promoted and cheered by allies on the left, exposing new tensions between the Democratic establishment and an outspoken liberal wing led by Ocasio-Cortez.

Justice Democrats, the group that boosted Ocasio-Cortez’s primary bid last year, has blanketed its Twitter feed with shout-outs to the two freshmen, while its director Alexandra Rojas is doing the same – while accusing the DCCC of being “afraid” of the Pressleys and AOCs of the world.

The same group also thanked Rep. Ro Khanna, D-Calif., for taking a stand against the DCCC decision – citing an Intercept story in which the vice chairman of the Congressional Progressive Caucus condemned the move.

Saying the new policy “stifles competition and blackballs any consultant who works for a challenger,” Khanna complained in a statement to The Intercept that the DCCC policy was “heavy-handed.”

“This unprecedented grab of power is a slap in the face of Democratic voters across the nation,” he said. “Let’s be clear. If this policy remains in place, it will mean that we will not allow new Ayanna Pressleys or AOCs to emerge. It’s simply wrong.”

The tensions exploded publicly when Ocasio-Cortez tweeted Saturday: “The @DCCC’s new rule to blacklist+boycott anyone who does business w/ primary challengers is extremely divisive & harmful to the party."

The freshman then recommended a pause in all donations to the DCCC and encouraged donors to give directly to the “swing candidates” themselves. She provided a short list of swing-seaters with links to their donation pages.

"If the DCCC enacts this policy to blacklist vendors who work with challengers, we risk undermining an entire universe of potential candidates and vendors -- especially women and people of color -- whose ideas, energy, and innovation need a place in our party," Pressley wrote.

The DCCC previously stated in a letter that its core mission is keeping the party's newly won majority in the House by “electing House Democrats, which includes supporting and protecting incumbents.”

Pressley warned of the “chilling effect” that creating such rules could have on the future of the Democratic Party, and called for “diversity.”

“Our diversity is our strength,” she wrote. “When a candidate takes the risk to run, Democrats should not be in the practice of creating litmus tests or roadblocks that have a chilling effect on new candidates or those who would invest their sweat equity in support.”