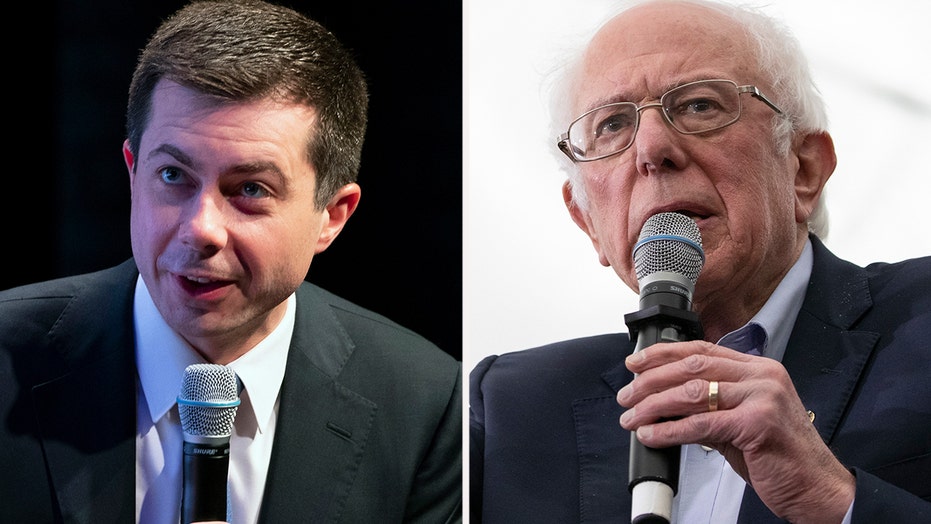 Rep. Alexandria Ocasio-Cortez called the Iowa caucuses a “hot mess” and suggested the Hawkeye State should be booted from its perch as the first state to kick off the presidential election season.

“It shouldn’t be surprising or controversial to say that it’s a mess,” Ocasio-Cortez said at the Capitol Thursday. “The caucuses have been a hot mess.”

She added her name to a growing chorus of Democrats who suggested 2020 should be the last time Iowa holds the first-in-the-nation contest.

“I think there are valid questions to raise as to -- should Iowa go first,” the influential New York Democrat said.

Her comments come as the debacle in Iowa got even worse.

Democratic National Committee Chairman Tom Perez on Thursday called for the Iowa Democratic Party to conduct a recanvass after the state's caucuses earlier this week were mired in confusion and have yet to produce a definitive result.

Perez cited difficulties with the delegate selection plan and concern over public trust in the results of Monday's caucuses after nearly three days of controversy.

"Enough is enough," Perez tweeted Thursday. "In light of the problems that have emerged in the implementation of the delegate selection plan and in order to assure public confidence in the results, I am calling on the Iowa Democratic Party to immediately begin a recanvass."

By Thursday morning, with 97 percent of Iowa precincts in, Buttigieg narrowly leads the count with 26.2 percent of delegates over the 26.1 percent in favor of Sanders, according to numbers released by the Iowa Democratic Party.

With Iowa fumbling, other states are making a play to have a chance at being first in the future.

Michigan Democrats, led by Rep. Debbie Dingell, have relaunched a campaign to unseat Iowa, arguing the current system is broken and it’s time for another state to have a turn at the front.

Dingell, who famously led an effort in 2008 with former Sen. Carl Levin to have Michigan leapfrog other primary states, said she hadn’t intended to revisit that fight, but after the mess in Iowa she’s committed to building a nationwide campaign to dethrone Iowa and New Hampshire and build a primary process that's fairer.

“No one state should have a lock on going first,” Dingell said. “We need to figure out a system so that everybody has that opportunity.”