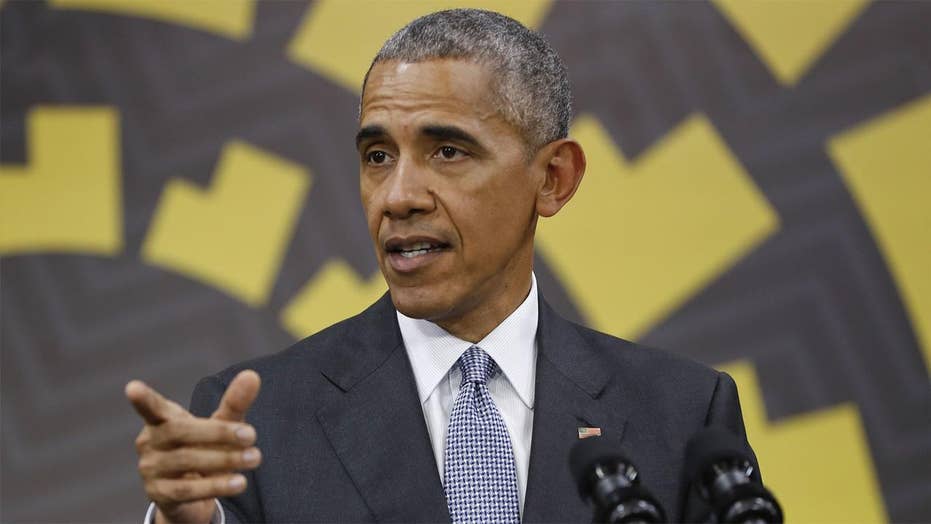 Joe Biden, from the very outset of his 2020 bid, has sought to leverage his history with old running mate President Barack Obama to propel him to the Democratic presidential nomination -- the problem is, this does not appear to be a plan shared by the former president or his closest advisers.

First, there was the persistent criticism of Biden's campaign from Obama's inner circle. Then, there were the lingering questions over why "44" has not simply endorsed his former vice president. Now come reports that Obama has made discouraging -- even derisive -- comments about his candidacy.

"[Y]ou know who really doesn’t have it? Joe Biden," Obama said about a connection with voters, according to a recent Politico Magazine report. That remark reportedly was made to one of Biden's Democratic primary opponents.

An August New York Times report also cited a source who claimed that before Biden officially entered the 2020 race, Obama told him, “You don’t have to do this, Joe, you really don’t.”

That article came after Obama's former top strategist David Axelrod had harsh words for the former vice president. Axelrod warned that Biden “has sort of played into the caricature” of being mentally weak that President Trump has played on in the past. This, after Axelrod had questioned Biden's "steadiness" regarding an abortion policy flip-flop.

Axelrod also has described Biden as “confused” and suggested he looked like “part of the past rather than the future,” after a heated exchange during a June debate between Biden and Sen. Kamala Harris, D-Calif.

The dismissive commentary from one of the chief architects of Obama's history-making 2008 presidential run is not helpful for a candidate who has latched his campaign to the Obama legacy -- routinely defending ObamaCare in the face of primary rivals vowing to pursue "Medicare-for-all," and reminding voters of their bond. (In the category of kidding/not kidding, Biden once posted matching friendship bracelets on Twitter wishing the former commander-in-chief a happy Best Friends Day. Obama responded with a classy, "Back atcha Joe," along with a GIF of him calling Biden the "best VP America has ever had.")

Obama may think Biden was a great VP -- but that doesn't mean he sees him as president.

Obama has yet to endorse any candidate in the race, but Biden has said that it was his decision not to seek an endorsement from the former president.

At the same time, the mixed messages from Obama World do not seem to be hurting Biden at the moment.

And a newly released Quinnipiac University poll of Democratic-leaning voters had Biden in first place with 24 percent, and way ahead of the other candidates on the question of who would have the best chance of defeating Trump.