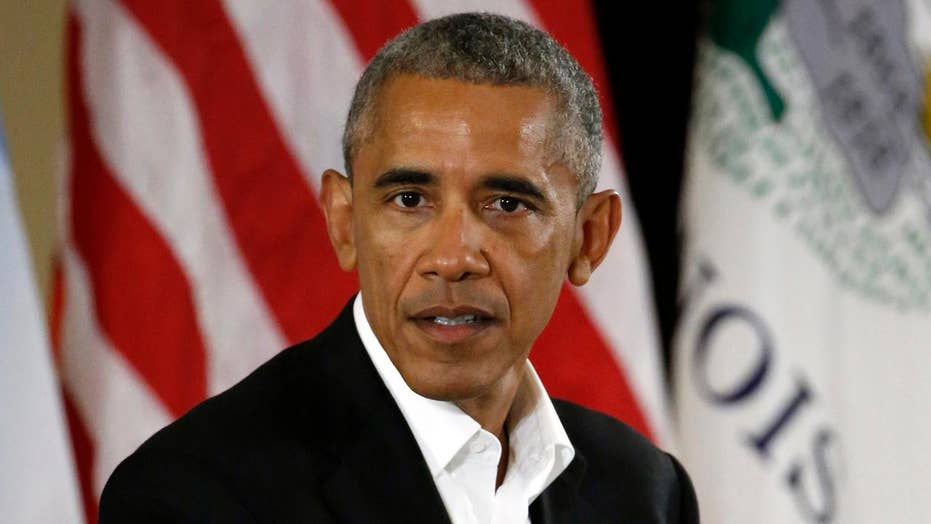 Obama appeals to Congress to save Obamacare

Former president weighs in on the healthcare debate

What do the likes of Reps. David Valadao, R-Calif.; Jeff Denham, R-Calif.; and Steve Knight, R-Calif., have to do with former Reps. Steve Driehaus, D-Ohio; Kathy Dahlkemper, D-Pa.; and Tom Perriello, D-Va.?

Nothing. Yet. But there are reasons why the latter three are no longer members of Congress. Driehaus, Dahlkemper, Perriello and a host of other Democrats all fell in the epic, midterm defeat of 2010. That’s where Republicans recaptured the House and flipped a staggering 63 seats in one of the greatest electoral routs in American history.

House Minority Whip Steny Hoyer, D-Md., has long said the 2010 electoral climate was the “worst in my lifetime” for Democrats. Voters repudiated President Obama, ObamaCare, the $800 billion stimulus package, a House vote on a climate bill known as “cap and trade” and the Dodd-Frank consumer and financial protection law.

Moderate Democrats representing swing districts in battleground states like Ohio, Pennsylvania and Virginia cast a lot of aye votes for Obama’s agenda. Republicans handed Democrats their heads at the polls in the fall of 2010.

The likes of Valadao, Denham and Knight are among a crowd of 14 House Republicans who voted for the American Health Care Act last week who represent districts carried by Hillary Clinton. All are from districts which are arguably competitive in 2018. And we haven’t even mentioned the GOP noes from other “Clinton” districts. Among the nine are Reps. Mike Coffman, R-Colo.; Barbara Comstock, R-Va.; and Will Hurd, R-Texas.

Voting for the plan to repeal and replace ObamaCare could contort those members who voted yea into a sideways posture with voters in their districts. Even the nays could find themselves in trouble, too depending on how bad the anti-GOP, anti-President Trump tide crashes onto the shore in November, 2018.

But the point is this: lawmakers from battleground districts always have it the hardest in Congress. Many of these members personify reasons the GOP hold the majority. They’re the reason the House managed to approve the controversial measure in the end. Many of these lawmakers are willing to take one “for the team” or “do the right thing.” And in the end, Trump and the House GOP leadership successfully persuaded just enough of them to vote yes on the health care package.

A fatal vote? Perhaps. Democrats will certainly aim to portray the roll call vote that way in an effort to reclaim those seats. The members will argue there’s a reason they found a way to “yes” on the bill. They’ll assert there’s a way to defend the vote and explain it to constituents. A non-fatal vote? Perhaps. But this is why that roll call vote is so crucial. It granted the other side a chance to document an event which Democrats contend is “out-of-step” with the district. A vote for “Trumpcare.”

House Democrats piled up a bevy of votes like this heading into the 2010 election. Republicans could pick and choose which ballots they could turn against Democrats in swing districts. It was easy to transform Democrats into shills for Obama, or, at the time, an even more toxic House Speaker Nancy Pelosi, D-Calif.

But the health care vote last week was just the start of the 2018 campaign. In a few months, it’s possible those same House Republicans from battleground districts could face another vote or two on health care. That’s to say nothing of having taken last week’s vote and having the matter die in the Senate or expire when it heads back to the House. That could be the worst possible scenario for these lawmakers: they voted for a package which never made its way into law. They campaigned to repeal and replace ObamaCare. They could potentially fail on that front – as well as taking a vote on something destined for the garbage bin.

There will be plenty of other sticky votes for these lawmakers to take in the coming weeks and months. A vote on a budget. A vote to raise the debt ceiling. Perhaps several different iterations of tax reform. A vote to keep the government operating in September. Trade agreements, including the future of NAFTA (the North American Free Trade Agreement).

The government funding vote could prove intriguing – especially after Trump suggested some “good” could come from a government shutdown. Pretty easy to slice spending to the bone and plus-up the military in a district which favors Republicans by 30 points. It’s another thing to do so in a district which tilts to the GOP side by just four or five.

But here’s the bottom line: a political party doesn’t win all of these seats in the House of Representatives to sit on them and protect them. A party prevails in those seats to do big things. To change the course. To govern.

This was true for the Democrats when the stars aligned with a Democratic House, Democratic Senate and a Democrat in the White House in 2009-10. This convenience signaled a ripe political opportunity. That’s why they engineered ObamaCare. A party wins these marginal seats in order to burn them. To make good on legislative priorities. It’s hard to hold some of those seats in a midterm election. That’s implied and understood.

We won’t understand the 2018 legislative climate for months. In fact, it’s sometimes hard to digest the state of play until one looks in the rearview mirror in the weeks following an election.

But that said, Republicans put some of their most-vulnerable members on the hook with last week’s vote on health care. Democrats and voters took notice. Is it enough? Not yet. But the minority party now has something to work with.

The majority party knows this, too. But it doesn’t score these seats just to sit on them.