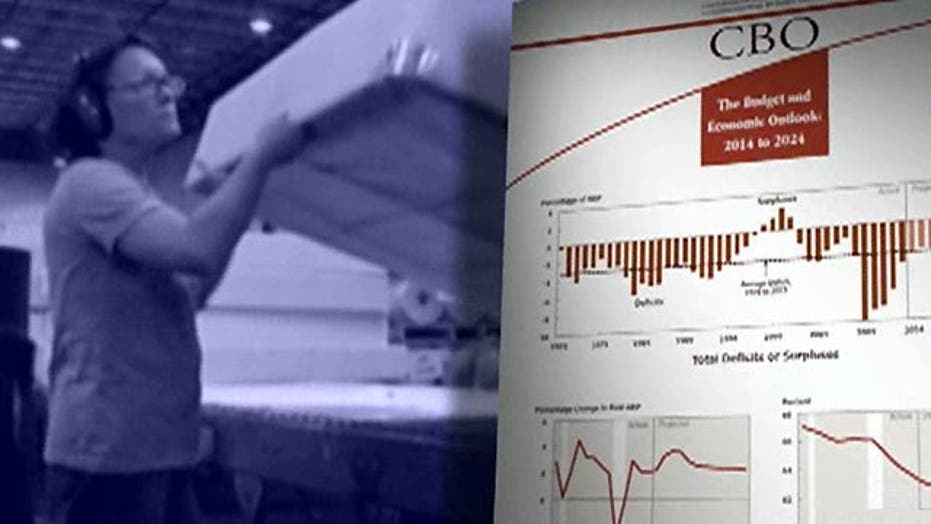 At issue: the impact of ObamaCare and the number of full-time jobs that might go away as a result of the federally mandated insurance program.

The CBO predicts nearly 2.5 million workers could opt out of the work force to stay eligible for Medicaid and other federal subsidies -- resulting in the loss of 2.3 million jobs.

GOP brass hopped on the report like frogs on a lily pad, and the “I told you so’s” reverberated into the far corners of the Twitterverse.

Late Tuesday night, Kansas GOP Sen. Pat Roberts tweeted that he wants the CBO to explain itself … in Congress. He took to the Senate floor earlier in the day to demand the Senate Finance Committee hold a hearing to investigate conflicting CBO reports.

And the Washington Examiner’s Byron York predicts a fact-checking melee.

How right he was. The most read story on the Washington Post was written by -- you guessed it -- its fact-checker, who slammed the GOP for its analysis of the “confusing issue.”  He gives the two million-plus job loss claim three Pinocchios.

And while she says she didn’t read the report fully, she was quoted saying this: “What we see is that people are leaving their jobs because they are no longer job-locked."

He’s got that right.

The secretary of State finally cleared some bureaucratic hurdles.

In one of his first tweets, he says goodbye to outgoing Russian Ambassador Michael McFaul.