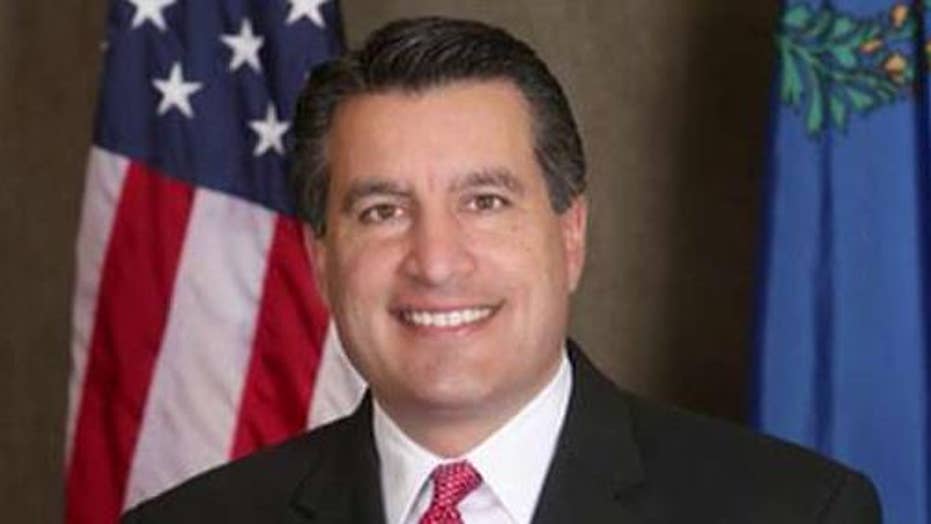 The nomination of a Republican would be seen as an attempt by Obama to break the Senate GOP blockade of any of his choices. Senate Majority Leader Mitch McConnell, R-Ky., has said his 54-member GOP caucus is opposed to holding confirmation hearings or vote on Obama's pick, insisting that the choice rests with the next president.

The White House's consideration of Sandoval was first reported by The Washington Post and the Associated Press. The Post reported that Senate Republicans reaffirmed their vow to not consider any Obama nominee, regardless of party affiliation.

"This is not about the personality," Senate Majority Whip John Cornyn, R-Texas, told the paper. McConnell said in a statement to the Post that whoever replaces Scalia "will be determined by whoever wins the presidency in the fall."

"Neither Gov. Sandoval nor his staff has been contacted by or talked to the Obama administration regarding any potential vetting for the vacancy on the U.S. Supreme Court," she said.

Sandoval met with Senate Minority Leader Harry Reid, D-Nev., on Monday in Washington while he was in town for a meeting of the National Governors Association. On Thursday, House Democratic Leader Nancy Pelosi said she thought it would be a good idea for President Obama to nominate a Republican.

"Nominating Sandoval to the Supreme Court would not only prevent grassroots organizations like Democracy for America from supporting the president in this nomination fight, it could lead us to actively encouraging Senate Democrats to oppose his appointment," said Democracy for America.

Limited to two terms, Sandoval's final term as governor expires in early 2019. He announced last year that he would not seek Reid's seat, in this November's election, a race in which Sandoval would have been a strong favorite.

"My heart is here. My heart is in my job," Sandoval said at the time.

On Wednesday, Obama laid out his wish list for a Supreme Court nominee, writing in a post on "SCOTUSblog" that his ideal nominee should "approach decisions without any particular ideology or agenda, but rather a commitment to impartial justice, a respect for precedent, and a determination to faithfully apply the law to the facts at hand."

Obama also wrote that an ideal high court judge should view the law "not only as an intellectual exercise, but also grasps the way it affects the daily reality of people’s lives in a big, complicated democracy, and in rapidly changing times," a possible rebuttal against Scalia's doctrine of constitutional originalism.

A White House official told Fox News Wednesday that an invitation has been extended to Senate Judiciary Committee Chairman Chuck Grassley, R-Iowa, for a consultative meeting on filling the vacancy. Grassley's office said he has received the invitation and it is "under consideration."