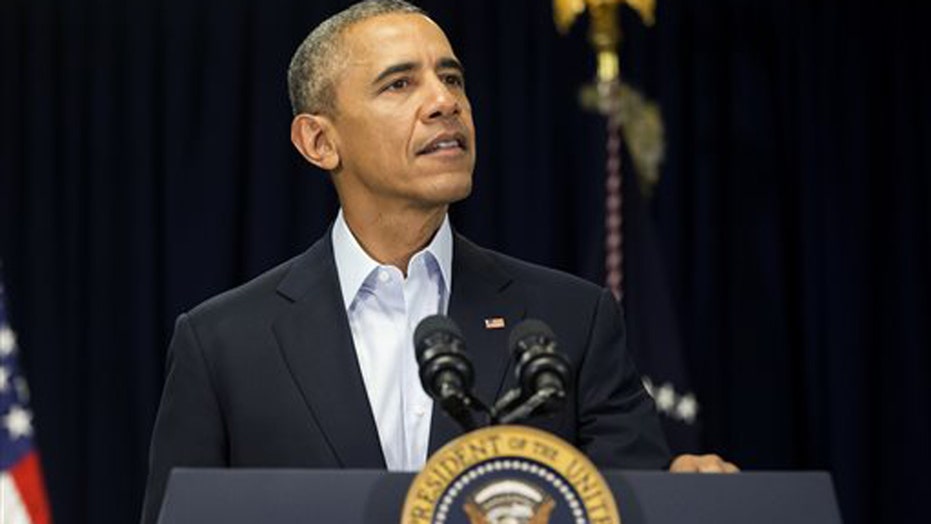 Obama: Scalia dedicated his life to the rule of law

President makes statement on death of Justice Scalia; plans to nominate a successor in due time and urges the U.S. Senate will honor its responsibility

President Obama on Saturday praised the contributions of Supreme Court Justice Antonin Scalia and mourned his death over the weekend but said he intends to fulfil his “constitutional responsibility” to appoint a replacement.

Obama, in roughly the final nine months of his presidency, said he would submit his appointment to the Senate “in due time,” suggesting that he would not try to force a so-called “recess appointment” while Congress is out of session through next week.

"I plan to fulfill my constitutional responsibilities to nominate a successor in due time," Obama said while in Rancho Mirage, Calif.

The president’s deference seems, at least for now, to defuse a fast-gathering storm about a potential recess appointment.

Before Obama spoke, Senate Majority Leader Mitch McConnell, R-Ky., called on the president to leave the nomination open for the next president.

"The American people should have a voice in the selection of their next Supreme Court Justice," he said.

Scalia, 79, died while on a hunting trip in south Texas.

“He influenced a generation of judges, lawyers and students,” Obama said. "He profoundly changed the legal landscape. … Judge Scalia dedicated his life to the cornerstone of democracy -- the rule of law.”