Looking to rally support for several Democratic congressional candidates across California, former President Barack Obama took a more measured tone Saturday -- after a strongly worded speech the day before where he leveled blistering criticism of his successor and the GOP.

Obama said the November midterm elections would give Americans “a chance to restore sanity in our politics” during his 20-minute speech to a crowd of around 900 Democratic faithful at the Anaheim Convention Center, while warning voters of the risks of keeping Republicans in power.

“If we don’t step up, things can get worse,” Obama said. “We have a chance to flip the House of Representatives; to say ‘Enough is enough.’”

But California Republicans said Obama’s appearance would have little impact and may even help their party.

“I wish he would come more often because he reminds Republicans of eight years of misery,” said Republican National Committee member Shawn Steel, who lives in Orange County. “It reminds the Republicans why these midterms are important.”

“I wish [Obama] would come [to California] more often because he reminds Republicans of eight years of misery. It reminds the Republicans why these midterms are important.”

Some Democratic supporters would disagree.

Macy Bartlett, 17, a Democratic volunteer who registers other young voters in Los Angeles County, told the Orange County Register that Obama’s message will help her effort.

“We just say Obama’s name and it gets people interested,” Bartlett told the newspaper. “He’s such an icon for so many people, and he understands that flipping the House affects everyone.” 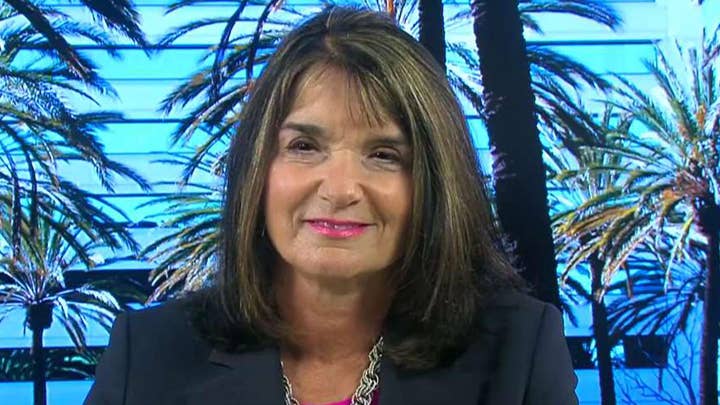 Obama led off his appearance with an anecdote about how he was once kicked out of Disneyland for smoking cigarettes on a ride during his days at Occidental College.

"After [a Kool & the Gang] concert, because we were teenagers, you could still kind of hang out in the park, and so we went into the gondolas, and I'm ashamed to say this — so close your ears, young people — but a few of us were smoking on the gondolas," Obama said of his time at Occidental, before he transferred to Columbia University for his junior year.

Saturday’s rally was Obama’s second campaign stop in a string of several planned appearances that Democrats hope will energize voters in an effort to flip 23 seats to take control of the House of Representatives.

He campaigned for seven California Democrats in competitive House district races. Four of those districts are in Orange County, the location of Saturday’s rally and a former GOP stronghold that Hillary Clinton carried by 9 percentage points in the 2016 presidential election.

Republican Rep. Dana Rohrabacher, a Trump loyalist, is running for a 16th term against a real estate investor Harley Rouda in his district, which encompasses parts of Orange County. Gil Cisneros, a Navy veteran and Democratic philanthropist, is vying to replace retiring Republican Rep. Ed Royce.

Obama also praised venture capitalist Josh Harder in his bid to unseat four-term Republican Jeff Denham, and T.J. Cox, who is challenging David Valadao in a district where Democrats hold a 17-point advantage in voter registration. Both districts are in the state’s Central Valley.

On Friday, the former president castigated President Trump and the Republican Party over its brand of politics at a public appearance at the University of Illinois at Urbana-Champaign.

But on Saturday, he said Democrats have a chance to woo independents and Republicans unhappy with the direction of the party.

Trump offered no direct rebuttal to Obama’s speech, but tweeted that Republicans were doing well leading up to the midterms.

“Republicans are doing really well with the Senate Midterms. Races that we were not even thinking about winning are now very close, or even leading. Election night will be very interesting indeed!”

Obama is no stranger appearances in California.

In June, he headlined an expensive fundraiser in Beverly Hills where he participated in a discussion with Democratic National Committee Chairman Tom Perez and attended and attended another Silicon Valley to raise money for candidates in hotly contested House races.

Obama is expected to deliver the same message in Cleveland on Thursday where he will campaign for Richard Cordray, the Democratic nominee for Ohio governor, and other Democrats.