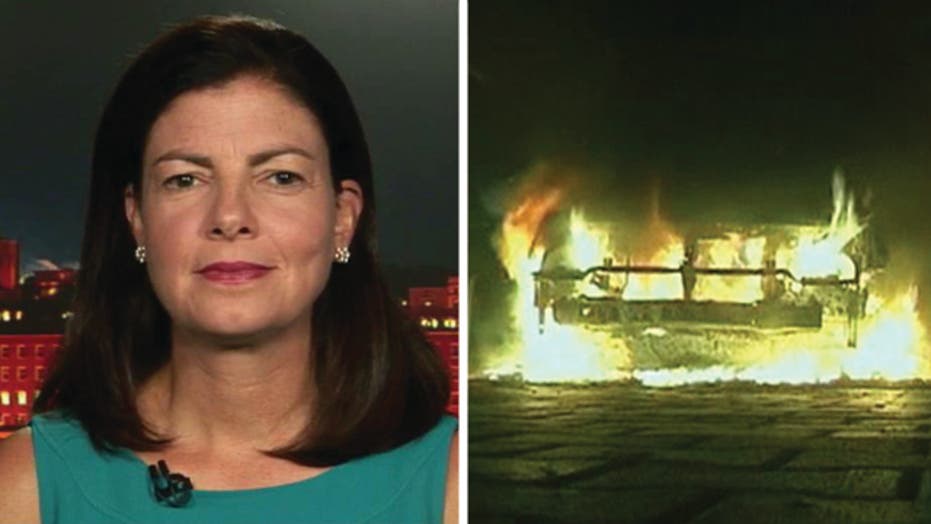 Suspects ... charges ... but why no Benghazi arrests?

The Obama administration is being urged by Congress to act quickly on sealed criminal charges filed against Benghazi attack suspects, out of concern that any delays in arresting them will put American lives at risk.

"If our government knows who perpetrated the attack that killed four Americans, it is critical that they be questioned and placed in custody of U.S. officials without delay," House Oversight and Government Reform Committee Chairman Darrell Issa said in a statement.

Officials confirmed to Fox News and other media outlets on Tuesday that several suspects have been charged in connection with the September 2012 attack on the U.S. compound in eastern Libya. The confirmation comes just days after Republicans complained directly to new FBI Director James Comey about the perceived lack of progress in the investigation.

But while charges have been filed, it's not clear whether any arrests have been made. One of the known suspects who was charged, Ahmed Khattalah, recently gave an interview to CNN. He also spoke with Fox News last October, acknowledging he was at the scene of the attack while denying he was a "ringleader." He said he was not on the run, and that no U.S. officials had made an effort to contact or detain him -- the interview was conducted in an open terrace area of a Benghazi hotel.

Issa, R-Calif., in a written statement noted that charges do not necessarily lead to arrests.

"Osama bin Laden had been criminally charged long before the Sept. 11, 2001, terrorist attacks, but was not apprehended," he said. "Delays in apprehending the suspected Benghazi killers will only put American lives at further and needless risk."

The Obama administration was staying mum on reports of the Benghazi charges. Asked about the reports, a Justice Department official said only that their investigation is "ongoing."

"It has been, and remains, a top priority. We have no further comment at this time," the official said.

The development comes after Republican members of Congress put new pressure on Comey to renew focus on the investigation.

"It has been more than 10 months since the attacks. We appear to be no closer to knowing who was responsible today than we were in the early weeks following the attack. This is simply unacceptable," they wrote in a letter to Comey last week.

The Sept. 11 attack -- led by militants who used heavy weapons including rocket-propelled grenades and mortars -- took place in two phases. The first was an assault on the U.S. Consulate. The second wave targeted the nearby CIA annex, where U.S. personnel had gone to take cover.