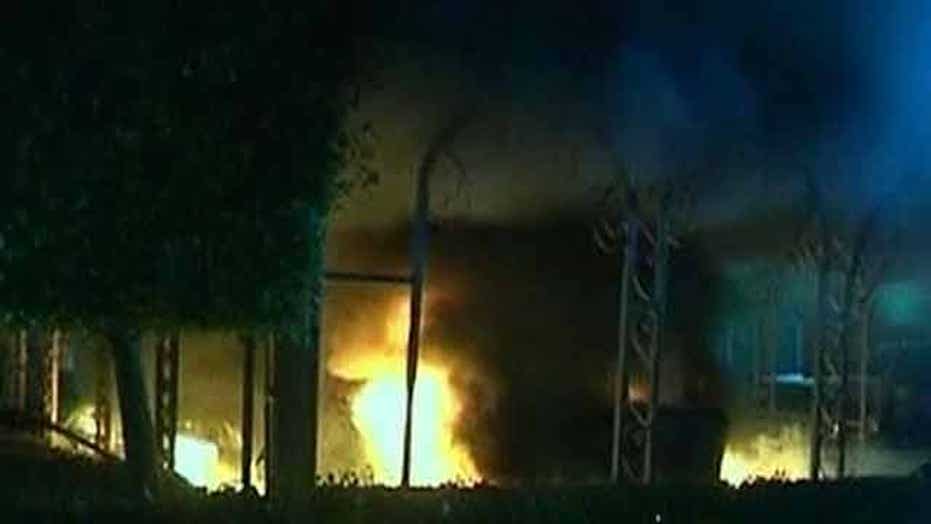 Was attack in Libya 'blowback'?

The Obama administration has agreed to provide emails pertaining to the controversial CIA talking points which critics say pushed an inaccurate picture of what happened during the terror attack last September in Benghazi, a congressional source tells Fox News.

“We expect that will be done early next week,” the source said, adding the administration has agreed to the Senate Intelligence Committee’s request to review the emails.

The source did not immediately make clear whether members of the committee would go into a room and read the emails, or whether hard copies would be permanently supplied to the committee.

The intelligence community’s talking points were provided to U.S. Ambassador to the U.N. Susan Rice and formed the basis of her controversial comments on all the major Sunday talk shows five days after the attack. During those shows, she asserted that the attack was a “spontaneous” reaction to protests elsewhere in the region and was a demonstration that spun out of control.

Fox News first reported there was no demonstration at the consulate. Rice and others have since acknowledged there was no protest in Benghazi before the attack on the U.S. consulate and CIA annex.

The latest effort appears to be aimed at trying to appease Republicans and ease the pressure on White House counterterrorism adviser John Brennan’s nomination for CIA director.

White House spokesman Tommy Vietor on Friday said "we are having conversations with members of Congress about their requests," without specifically mentioning the talking points.

"That being said, the confirmation process should be about the nominees and their ability to do the jobs they're nominated for," he said. "As the confirmation hearings clearly showed, John Brennan is extraordinarily qualified to head the CIA, and the President needs him in place now."

At his confirmation hearing earlier this month, Brennan faced a barrage of questions from both sides of the aisle – some about Benghazi, but many about the administration’s drone program. Some have sought additional legal documents to back up the targeted killing of Americans overseas, an issue that still could leave Brennan vulnerable to Democratic resistance on the committee.