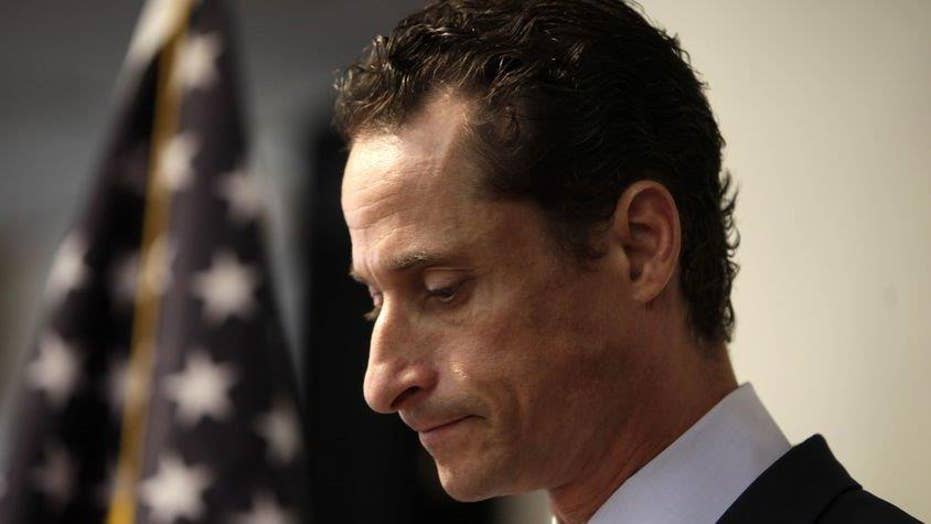 The Special Victims Unit of the New York City Police Department is "looking into" new allegations that former Rep. Anthony Weiner had a months-long sexting relationship with a minor, FoxNews.com has confirmed.

“Detectives are looking into it,” an NYPD official said Thursday.

The inquiry comes after a new report said the disgraced former congressman in January began exchanging sexually explicit emails and texts with a 15-year-old high-school student.

According to DailyMail.com, the relationship was initiated by the girl, who reportedly contacted Weiner on Twitter because she eventually hoped to write a book about him.

Weiner said, however, he had “likely been the subject of a hoax."

"I have no one to blame but me for putting myself in this position," he said. "I am sorry."

It has been reported that the FBI has subpoenaed his cell phone and other records.

Some of Weiner's fellow Democrats do not seem to be in a forgiving mood.

"I’ve read the reports and let me say this: if the reports are true, it’s possibly criminal and it is sick," New York Gov. Andrew Cuomo said at a press conference on Wednesday. "And frankly, I’ve heard enough about Anthony Weiner and I think that goes for all New Yorkers."

Weiner’s wife, top Hillary Clinton aide Huma Abedin, announced in August that she was separating from Weiner after a different sexting scandal hit the news.

The present inquiry is separate from the ongoing investigation being conducted by New York City’s Administration of Children’s Services (ACS), pertaining to Weiner and Abedin's son.

Several different federal and local statutes address sexually explicit exchanges with minors. Federal law prohibits the sexual exploitation of children and the transfer of obscene materials to a minor.

According to the Daily Mail, Weiner did not back away from the girl's advances and often made the first move.

On one occasion, he reportedly contacted her via private message on Facebook to ask how her night had been.

"How did you sleep?" the girl asked him.

The messages continued and Weiner said he was "imagining"
her when she was in the shower, according to the report.

FoxNews.com's Diana Falzone and Cody Derespina contributed to this report.