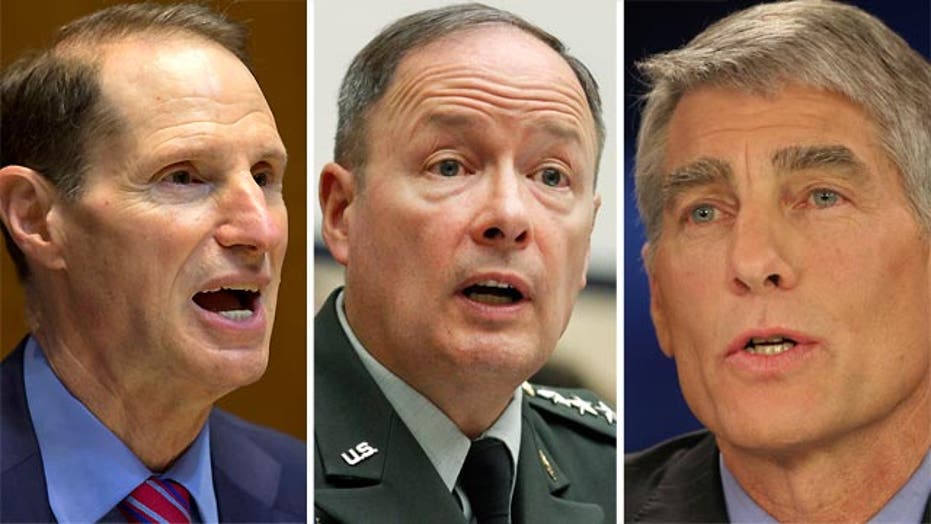 The head of the country’s National Security Agency testified Wednesday that surveillance has stopped “dozens” of potential terrorist attacks by looking at the phone records, emails and other Internet searches of people suspected of terrorism-related incidents.

Army Gen. Keith Alexander told a Senate panel that securing a “cyber arena” could be done without infringing upon the privacy rights of Americans.

“We do not see a tradeoff between security and liberty,” Alexander said, later adding, “We are trying to protect Americans.”

Alexander did not go into detail about what terrorist attacks were thwarted or when.

During his opening remarks, Alexander did not directly mention Edward Snowden, the man behind one of the biggest intelligence leaks in American history. The former Booz Allen Hamilton contractor who worked for the NSA, hopped a flight to Hong Kong on May 20 and has remained on the lam ever since.

He later testified that he has "grave concerns" over the level of access Snowden had to classified information about the NSA's surveillance programs.

Alexander also said Snowden appeared to have “great skills” in the area of IT and networking. Officials are looking into how Snowden attained the access he did, Alexander added.

Appropriations Committee Chairwoman Barbara Mikulski reminded participants repeatedly that issues in the news about spying programs are not the focus of Tuesday's hearing.

Wednesday’s grilling was a glimpse of what Alexander can expect when he testifies Thursday before the Senate Intelligence Committee. During that hearing, senators will be able to question him on specific government surveillance programs.