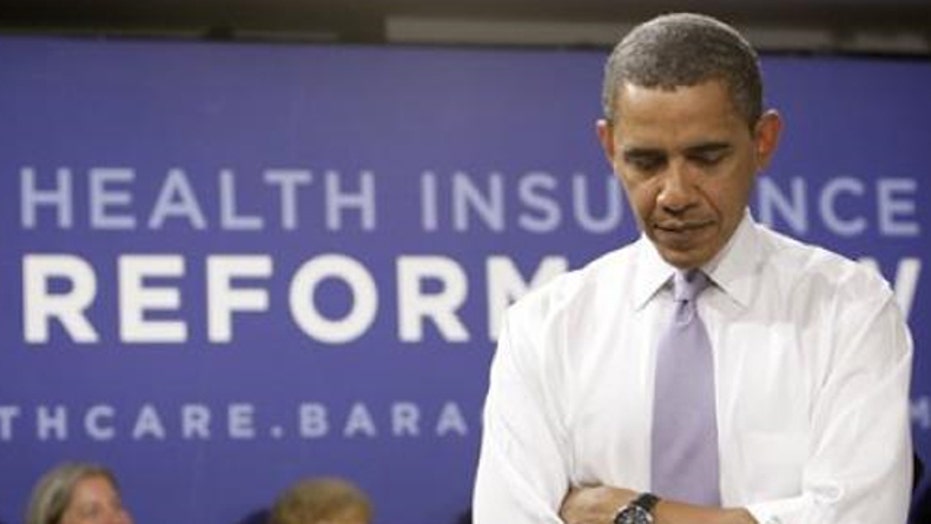 Who foots the bill when people don't pay?

While the debate continues over how many ObamaCare enrollees are actually paying their premiums, one aspect of the law temporarily rewards those who actually stop paying – and doctors may wind up bearing the cost.

"You're still entitled to care for another 60 days," said John Goodman of the National Center for Policy Analysis. "The insurance company doesn't pay, you don't pay, who pays? Well, the doctors and the hospitals have to eat it. That's a very strange feature of this new health reform."

In fact, the American Medical Association is so concerned, it sent a sample letter doctors could give patients, telling them if they missed a premium, they could "...lose your insurance coverage. This letter is intended to let you know if you lose your coverage, you may be obligated to pay the full cost of services that we provide to you."

Providers worry because doctors and hospitals may not even know if someone isn't paying and no longer has active insurance.

The AMA is urging the administration to require insurers to notify doctors as soon as a patient falls behind on payments. Washington state actually passed a law requiring insurers to do that.

Scott Gottlieb of the American Enterprise Institute said, "it’s probably going to increase bad debt among providers and for hosptials. They're used to absorbing a certain amount of bad debt, but for a lot of individual doctors - they're not going to be able to absorb these costs so they're going to be really stuck."

Goodman added, "Doctors and hospitals that are accepting the plans and exchanges are already taking low fees and they've agreed to those low fees. And then to discover that the patient hasn't paid his premiums so they're not going to get paid at all, that's going to be a real unpleasant surprise."