The former Speaker of the House sipped on his café cubano at Versailles Restaurant near Little Havana, a popular stop for political candidates.

Gingrich told a roomful of Cuban exiles that as president, he would be committed to a transition from a dictatorship in Cuba, under the Castro brothers, to freedom.

“We should worry about Cuba even more than the Middle East," said Gringrich."My goal as president would be creating a Cuban Spring, which will be more exciting than an Arab Spring.”

Gingrich stressed that the United States also needs to pay more attention to all of Latin America given this week’s meeting between Iranian President Mahmoud Ahmadinejad and Venezuelan President Hugo Chavez,as well as leaders of Nicaragua, Ecuador and Cuba.

“Ïranians are trying to penetrate Latin America and the United States is not paying attention.”

“Ïranians are trying to penetrate Latin America," he said, "and the United States is not paying attention.”

On immigration, Gingrich outlined a plan for what he describes as “a humane and rational policy that still meets the law."

“We need to modernize our visa system to include a guest worker program where everyone is legal and not hiding in the shadows.”

South Florida Republicans say they’re taking their time to listen to all the GOP candidates.

"We don’t want to be forced into making a decision just yet, “ said Tea Party activist Marcos Sendon.

“The apprehension for Romney has less to do with the person himself than the haste the establishment has in crowning him the winner,” added Sendon.

Gingrich told the crowd he wasn’t concerned that his leading contender, Mitt Romney, had larger coffers to fund a campaign.

“Remember that Romney outspent McCain 10-1 in Florida in 2008 and still lost.”

Noticeably missing from Gingrich’s visit to Miami were some of Florida's most powerful Republican political leaders, including Rep. Ileana Ros-Lehtinen and Rep. Mario Diaz-Balart.

The Cuban-American legislators were across town holding a fundraising breakfast for Gingrich’s leading rival, Mitt Romney, who did not attend the event.

According to Gingrich’s Florida campaign director, Jose Mallea, the Speaker's performance speaks for himself.

“Newt’s campaign is based on ideas, not rhetoric," Mallea said. "He’s the one person in this race who can put together a bipartisan program."

At the rally, Gingrich introduced his daughter, Kathy Gingrich Lubbers, a South Florida resident of 11 years, who delighted the crowd with a brief campaign message in Spanish.

On Friday afternoon, Gingrich headed to Orlando to oversee the opening of his Florida campaign headquarters.

Cristina Puig is a freelance writer. 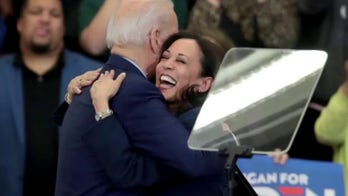