The New York Times publisher on Monday said the Trump administration refused to intervene to prevent one of its reporters in Egypt from being arrested two years ago and detailed other instances in which President Trump has “retreated from our country’s historical role as a defender of the free press.”

In a lengthy op-ed published Monday, A.G. Sulzberger claimed that “anti-press rhetoric” used by Trump against so-called “fake news” outlets at home has inspired the systematic jailing and slaying of independent journalists abroad.

LIZ PEEK: NEW YORK TIMES EMERGES AS RADICAL VOICE OF THE ANTI-TRUMP MOB – AND THERE'S NO TURNING BACK

“In attacking American media, President Trump has done more than undermine his own citizens’ faith in the news organizations attempting to hold him accountable. He has effectively given foreign leaders permission to do the same with their countries’ journalists, and even given them the vocabulary with which to do it,” Sulzberger wrote. 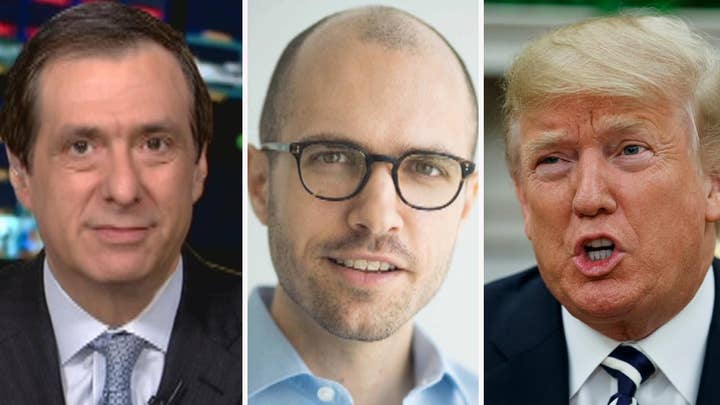 Sulzberger detailed one instance in which he said the New York Times received a call from a U.S. diplomat in Egypt in 2017 who, acting in defiance to orders, warned the paper that one of its reporters, Declan Walsh, was facing “imminent arrest” by government officials in Egypt.

“This particular call took a surprising and distressing turn,” Sulzberger wrote. “We learned the official was passing along this warning without the knowledge or permission of the Trump administration. Rather than trying to stop the Egyptian government or assist the reporter, the official believed, the Trump administration intended to sit on the information and let the arrest be carried out. The official feared being punished for even alerting us to the danger.”

Instead of relying on U.S. protection, The Times reached out to Irish diplomats who arrived to Walsh’s home within an hour and escorted him onto a plane before he could be arrested. Walsh is an Irish national who reports for the Times.

“Those of us leading The Times find it hard not to worry, knowing we have colleagues on the ground where war is raging, disease is spreading and conditions deteriorating,” Sulzberger continued. “But we’ve long taken comfort in knowing that in addition to all our own preparations and all our own safeguards, there has always been another, critical safety net: the United States government, the world’s greatest champion of the free press. Over the last few years, however, something has dramatically changed.”

The op-ed noted that Trump has used the phrase “fake news” more than 600 times on Twitter. Sulzberger also pointed to the nearing one-year anniversary of the slaying of Washington Post journalist Jamal Khashoggi, who was killed and dismembered in the Saudi consulate in Istanbul, Turkey. Trump has been criticized for refusing to condemn Saudi Crown Prince Mohammed bin Salman after the killing.

The Committee to Protect Journalists, a non-profit based in New York City, reports 252 journalists were imprisoned worldwide last year for completing their job duties. Sixteen reporters have been killed in 2019. Sulzberger said that Trump’s disregard for the First Amendment has spewed into a “worldwide assault on journalists and journalism.” He concluded his op-ed by renewing a call to protect our “core democratic values” at a time when its crucial to hold power accountable.

“The true power of a free press is an informed, engaged citizenry. I believe in independent journalism and want it to thrive. I believe in this country and its values, and I want us to live up to them and offer them as a model for a freer and more just world,” he wrote. “The United States has done more than any other country to popularize the idea of free expression and to champion the rights of the free press. The time has come for us to fight for those ideals again.”