Jay Kiyonaga was fired Wednesday amid sexual harassment allegations. (NYS Justice Center For The Protection Of People With Special Needs)

Jay Kiyonaga, second-in-command at the Office for People with Developmental Disabilities, was fired after allegations of “improper and sexually inappropriate acts” toward female subordinates were substantiated, state Inspector General Catherine Leahy Scott said in a letter to the agency, the New York Post reported.

“The specific acts and pattern of conduct described to my office under oath — ranging from inappropriate sexual comments and comments about employee’s sexual preferences to an unwanted sexual physical contact with an employee — are reprehensible and indefensible,” Leahy said.

The fired official, who used to be in charge of the Justice Center for the Protection of People with Special Needs, was accused of sexual harassment last year by Patricia Gunning, a former prosecutor and inspector general for the Justice Center.

She said Kiyonaga retaliated against her after she complained about his behavior and forced her resignation. Gunning then went to Melissa De Rosa, Cuomo’s top deputy, who referred her complaints about Kiyonaga to the IG’s office and prompted an investigation.

According to the Inspector General’s letter, a woman who worked under Kiyonaga testified that he tried “sexual physical contact” during one after-work meeting at a bar in 2015. She also said he would openly talk about “dreams that he had that were of a sexual nature involving staff members.”

Another woman reportedly said the now-fired official once “reached out and kind of caressed my leg to feel the fabric” – an incident witnessed by at least six other staff members.

On another occasion he asked the woman if she knew the definition of a vulgar term. Other female staffers said the official used to talk admiringly about parts of their bodies.

Gunning, who filed a sex discrimination suit against the Justice Center and Kiyonaga with the U.S. Equal Employment Opportunity Commission, also recalled inappropriate behavior by the official, saying he often turned the conversation into “something sexual.” 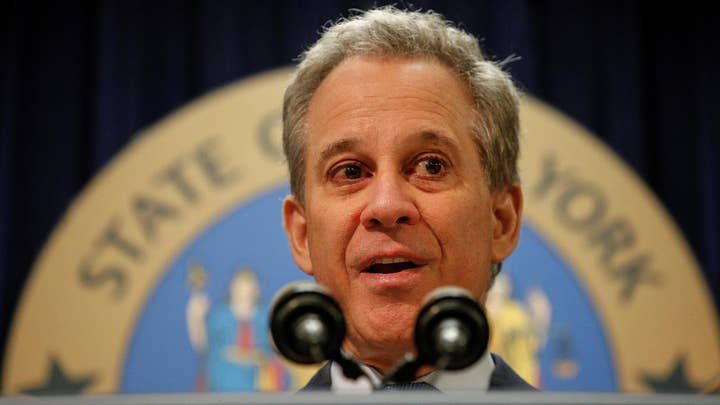 He once pointed out to her that she had “a real knack for picking hot girls for [her] team,” and that had “heard that one person on my staff was bisexual and he wanted to know if I knew that and wasn’t it hot.”

Following the decision to fire Kiyonaga, Gunning celebrated the move through her lawyer, saying: “MeToo has finally arrived in New York State government.”

“For years, Ms. Gunning felt ostracized and alone as she suffered sexual discrimination and retaliation at work.  Today, she is vindicated. We urge every single victim of Mr. Kiyonaga’s misconduct to come forward and share their experience,” Ilann Maazel told the Post.