Cynthia Nixon has been frequently referenced in the press as trying to become New York’s first lesbian governor -- but the actress-turned-politician does not actually self-identify as a lesbian, instead considering herself as queer, according to campaign spokeswoman Lauren Hitt.

Speaking to the New York Daily News, Hitt noted that the frequent descriptions of Nixon as a lesbian were incorrect, but declined to discuss further why Nixon identifies as a queer rather than as a lesbian or as bisexual.

Nixon, who rose to fame on HBO’s “Sex and the City,” and who is now challenging incumbent Democratic Gov. Andrew Cuomo ahead of the Sept. 13 Democratic primary, is married to LGBTQ advocate and political strategist Christine Marinoni. The couple has one child and Nixon also has two children with her ex-husband, Danny Mozes.

For decades, the term queer was used derisively to attack people who were not heterosexual, but in recent years the word has been "reclaimed" by many in the LGBTQ community. The term is now meant to include people who don’t necessarily feel they fall under any specific label and, in other cases, to highlight fluid gender identities.

"The term can represent a kind of freedom and acceptance which allows space for individuality and acknowledges that each person's sexuality and identity is distinct from every other," a pro-gay rights group, PFLAG (Parents, Families and Friends of Lesbians and Gays), says on its website.

Hitt told the New York Daily News that Nixon’s gender identity is not fluid, and the politician identifies solely as a woman.

LGBTQ rights are one of the benchmarks of Nixon’s gubernatorial campaign, as she has promised to push a pro-LGBTQ agenda in Albany if elected, including passing a law outlawing discrimination against those who are transgender.

While Nixon has won the support of some prominent groups within the community, Cuomo – who successfully pushed for legalizing same-sex marriage and signed an executive order that prohibits insurance companies from covering gay conversation therapy – also has the backing of many LGBTQ groups and leaders.

“With the governor’s stances over the years [on gay marriage] and people from his staff have always asked questions, ‘How can we help, what can we do,’” club president Rod Townsend told the New York Post. “Our membership notices that.”

Nixon and Cuomo met last week for their only scheduled debate in a testy, hourlong exchange at Hofstra University that featured plenty of interruptions and insults. But neither candidate landed the political equivalent of a knockout blow likely to significantly alter the race. 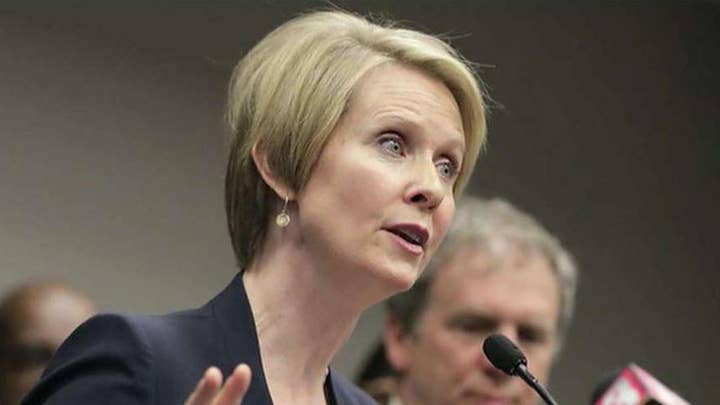 Polls suggest Cuomo has a more than 30 percentage point lead over Nixon, who also trails substantially in fundraising.