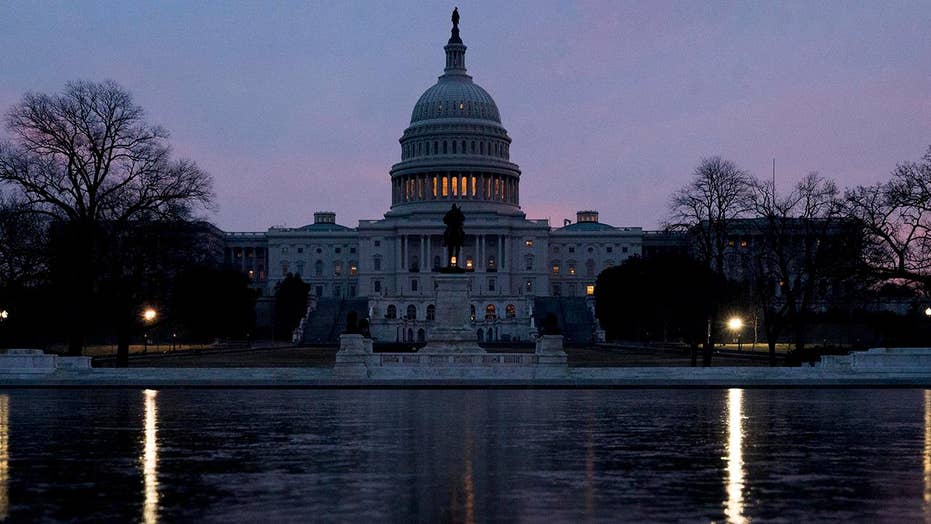 Senators on Thursday blocked all four plans dealing with immigration as President Trump torpedoed one proposal as “a total catastrophe” and his Department of Homeland Security lambasted it as the “end of immigration enforcement in America.”

During a series of afternoon procedural votes, no immigration amendments crossed the 60 vote threshold that would have cut off debate and paved the way for final votes.

The effort to pass immigration legislation comes as Democrats insist on protecting young illegal immigrants brought to the country as children and Trump demands funding for a border wall.

Ahead of the votes, the Trump administration focused on the bipartisan agreement drawn up by a “Gang of 22” that would grant a 10-12 year path to the young illegal immigrants or Deferred Action for Childhood Arrivals (DACA) recipients.

The amendment failed by only getting 54 votes. Forty five senators voted against it.

The administration objected to the bill’s failure to address so-called “chain migration” -- by which immigrants can sponsor a broad number of relatives to come join them in the U.S. Trump has said that he wants to limit sponsorship to children and spouses.

The bill also would not end the visa lottery system, which allows 55,000 immigrants into the country each year and has been dogged by accusations of fraud and abuse. 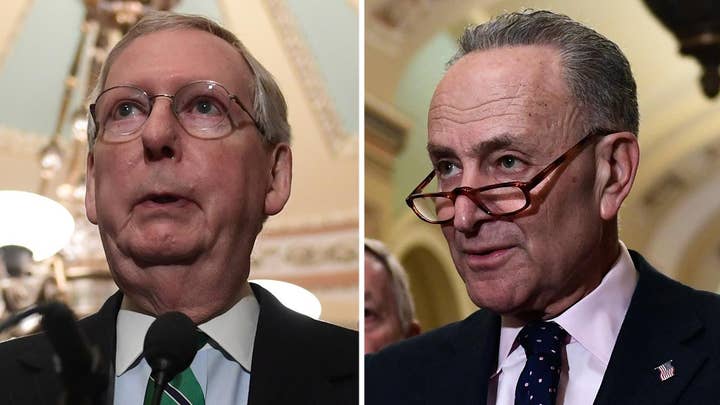 Ahead of the vote, the DHS warned the plan would mean the “end of immigration enforcement in America.”

Sen. Lindsey Graham, R-S.C, who supported the amendment, said "our proposal would represent the most significant change to immigration law in the past thirty-five years." Sen. Tim Kaine, D-Va., called it “the best chance to protect Dreamers against deportation from the only country they know as home."

In two tweets, Trump said the “Schumer-Rounds-Collins immigration bill would be a total catastrophe.”

“It creates a giant amnesty (including for dangerous criminals), doesn’t build the wall, expands chain migration, keeps the visa lottery, continues deadly catch-and-release, and bars enforcement even for FUTURE illegal immigrants,” Trump said. “Voting for this amendment would be a vote AGAINST law enforcement, and a vote FOR open borders.”

Trump added: “If Dems are actually serious about DACA, they should support the Grassley bill!”

Could Senate strike a border wall for 'dreamers' deal?

The future of DACA is on the table as Senate holds rare open debate on immigration; Lawrence Jones, editor-in-chief of Campus Reform, and Fox News contributor Richard Fowler join the debate.

Senators also blocked a plan by Sen. John McCain, R-Ariz., and Sen. Chris Coons, D-Del., which would allow DACA recipients to qualify for permanent residency while directing agencies to control the border by 2020.

And another plan offered by Sen. Pat Toomey, R-Pa., that would block federal grants to sanctuary cities that do not cooperate with federal authorities on illegal immigration also failed to pass a test vote.