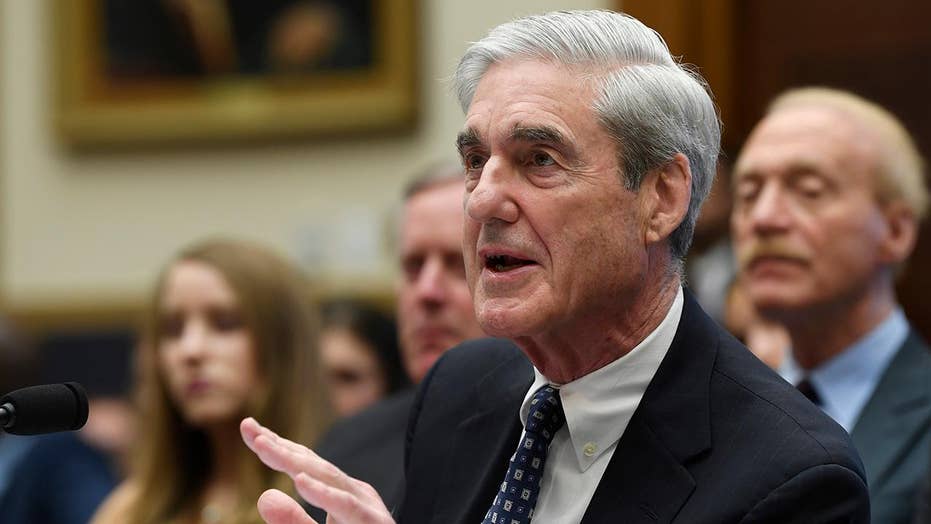 Was the Mueller hearing harmful to US security?

The top investigators who worked alongside former Special Counsel Robert Mueller have certainly landed on their feet since the shuttering of the two-year Russia probe, securing big jobs at prominent law firms and universities -- and even a book deal.

The latest hire was revealed this week by Georgetown Law School, which welcomed Michael Dreeben -- a former deputy solicitor general and member of the special counsel’s office -- as a “Distinguished Lecturer from Government” for the 2019-2020 academic year.

“I am excited to join Georgetown’s thriving legal community this fall,” Dreeben said in a statement. “The energy of the law school is palpable. I look forward to participating in academic life at Georgetown and being part of its vibrant and collaborative culture.”

Dreeben is among several Mueller alumni moving swiftly to take advantage of the demand in legal and academic circles for those involved in the high-profile case.

While President Trump and his allies continue to pan the whole affair as a "witch hunt," and Mueller himself was criticized for his faltering congressional testimony last month, most team members have been able to transition out of the office with little drama -- save for ex-FBI officials Peter Strzok and Lisa Page, whose anti-Trump text messages landed them in hot water.

Michael Dreeben, seen at the Justice Department in this April 27, 2016, file photo, has landed a job at Georgetown after the Mueller probe.  (REUTERS)

Dreeben previously served as an adjunct professor at Georgetown Law and a visiting professor at Duke Law School. Dreeben left his post as deputy solicitor general in June 2017 to join Mueller’s legal team to investigate Russian interference in the 2016 presidential election and potential coordination between Russia and members of the Trump campaign.

“In his 30 years of extraordinary public service at the U.S. Department of Justice, Michael Dreeben has played a powerful role in helping shape the law as one of the preeminent Supreme Court advocates and as a leading expert in federal criminal law,” Georgetown Law Dean William Treanor said in a statement this week. “We are honored to have him join our faculty for the upcoming school year.”

The special counsel’s office officially closed in May after nearly two years of investigating Russian meddling and potential coordination with members of the Trump campaign. Mueller's team concluded that the Russians did interfere in the election but there was “not sufficient evidence to charge” Trump associates with conspiracy. Mueller did not reach a conclusion on whether Trump obstructed justice, though congressional Democrats are now trying to dig deeper into that issue.

Also heading to academia is Mueller deputy Andrew Weissmann, who returned to New York University School of Law on May 1 as a distinguished senior fellow with the Center on the Administration of Criminal Law (CACL), where he previously worked.

Weissmann, a longtime and well-known federal prosecutor, also has signed a deal with Random House to write a book, according to a report by The New York Times. It is unclear, at this point, how much his book will focus on his experience during the Russia investigation.

Meanwhile, other top members from Mueller’s office have joined prominent law firms. Last month, it was announced that Jeannie Rhee, who left her post as a partner at the law firm WilmerHale to join Mueller’s team, would join Paul, Weiss as a partner in their litigation department.

Attorneys at Paul, Weiss have been involved in prominent corporate investigations—including the internal probe into allegations against the late former Fox News CEO Roger Ailes. Paul, Weiss also was the firm involved in the National Football League “Deflategate” investigation after New England Patriots quarterback Tom Brady was accused of deflating a football before a game. The firm’s findings led to Brady’s suspension in the 2016-2017 season.

And law firm Gibson, Dunn & Crutcher LLP announced last month that Zainab Ahmad would join as a partner in its New York office. Prior to working in Mueller’s office, Ahmad was a prosecutor at the Justice Department and at the U.S. Attorney’s Office in the Eastern District of New York.

And Greg Andres returned to his post as a partner in Davis Polk & Wardwell LLP’s litigation department in New York, concentrating on white-collar criminal defense. The firm gained national attention again this week after the publicly traded company, L Brands, which owns Victoria’s Secret and Bath & Body Works, reportedly retained it to investigate the company’s ties to the late disgraced financier Jeffrey Epstein, who was found dead Saturday morning in his cell in a New York City federal prison. Authorities are investigating Epstein's apparent suicide as well as apparent protocol breaches at the prison.

It is unclear, at this point, whether Mueller will return to his post at WilmerHale in Washington D.C.